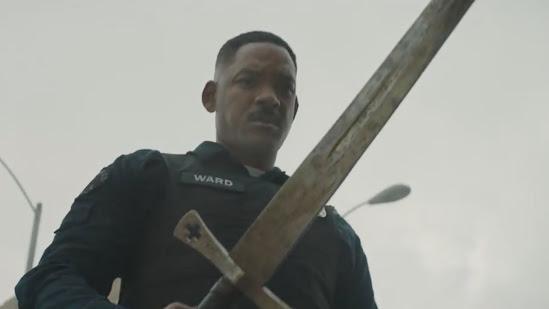 Not even I expected David Ayer’s Suicide Squad to become an Oscar winner on Sunday night. That, it has, however, and for Hair & Make Up no less which seems fitting and likely to the appeal of fans who contributed to the critically-panned DC adaptation’s box office success last year.
For this, fans of the Fury and End Of Watch helmer now get to sample his latest reuinion with actor Will Smith in the first teaser for fantasy crime pic, Bright. The film pits you in a world shared by both humans and creatures in coexistence, and where Will Smith plays a cop paired with an Orc – played by Joel Edgerton – to look for a deadly weapon people will kill for.
Netflix acquired the rights to the film late last year following weeks of bidding against other major studios, and now gets to exclusively premiere it on its platform later this year. December is the word, though we’ll see an official date yet.