What if I told you one of the most deliriously over-the-top martial arts movies ever was made in 2008 and nobody saw it?

That’s the story with Broken Path, directed by Koichi Sakamoto and starring Power Rangers alum and voice-actor extraordinaire Johnny Yong Bosch. The movie is filled with wall-to-wall action and a simple but compelling story but for some reason to this day has seen no proper U.S. release.

Broken Path opens with Bosch’s Jack living the country life on a remote ranch with his wife Lisa (Pamela Walworth) and their daughter Maddy (Lanie Taylor). Their idyllic life is shattered when the house comes under siege by a group of masked assailants, all of whom seem to have history with Jack. One of the assailants in particular, a man named Yoshi, (Dan Southworth) claims to want to help Jack. It turns out Jack has a past he’s never told Lisa and Maddy about and those secrets are going to require him to kick lots of people in the face.

Broken Path runs ninety-five minutes, and it’s no exaggeration to say that eighty of those minutes are pure fighting and action. Bosch proves to be a formidable martial arts star, showing skills he never had the opportunity to display on Power Rangers, and Sakamoto uses him to fullest (much to our own delight, independent martial arts action auteur Eric Jacobus would take the reigns with Bosch as the villain for the 2011 dark crime comedy, Death Grip.)

Southworth proves to be Bosch’s match in every way to the film’s benefit, and the remaining cast – made up of Sakamoto regulars Motoko Nagino, Sonny Sison, Panuvat Anthony Nanakornpanom, and Tadahiro Nakamura, throws itself into every fight scene with reckless abandon. The relentless pacing of the fights, coupled with the actors’ fearlessness serves to create an action film that has yet to be topped by anything in U.S. martial arts cinema.

Viewers seeking out Broken Path should be aware of a few things before digging in: Firstly, the story is not the film’s strong point, and as stated earlier, the film is mostly comprised of fight scenes, so what little story there is merely ties the fights together. The story is not so bad, but rather it is very simple and straightforward.

And secondly, Broken Path is bloody. Very bloody. Years prior to Gareth Evans’ own similar achievements in The Raid, Sakamoto delivers a bludgeoning, relentless fight-heavy showcase, in which characters are repeatedly shot, stabbed, and beaten, and then proceed to get up for more until they’re drenched in blood, or someone else’s. In no uncertain terms, the amount of blood in the movie rivals most slasher films.

Sakamoto’s name should be familiar to action fans. He broke on to the scene doing stunts and fight choreography for Steve Wang’s 1994 live-action manga sequel, Guyver: Dark Hero, where he gave us the now-famous “Guyver Kick” (performed in costume by then-suit actor Anthony Houk [Dragon From Russia], and coined aptly in the years after by martial arts star Scott Adkins).

From there he went on to form his stunt team, Alpha Stunts – arguably the premiere stunt team in the world going forward. Sakamoto’s next big move was doing stunts and fight choreography for Wang’s award-winning and highly acclaimed Mark Dacascos actioner, Drive.

Sakamoto and Alpha Stunts then went on to become a driving force behind the stunts and action on the Ameritoku series, Power Rangers, where they developed a strong reputation for bringing in amazing fights and stunts on minimal budgets. The team became know for their dedication to the craft, going as far as to sleep on set to get a head start on choreography for the next day, and it was while working on Power Rangers that Sakamoto became acquainted with Bosch, who at the time was playing Adam, the Black Ranger. 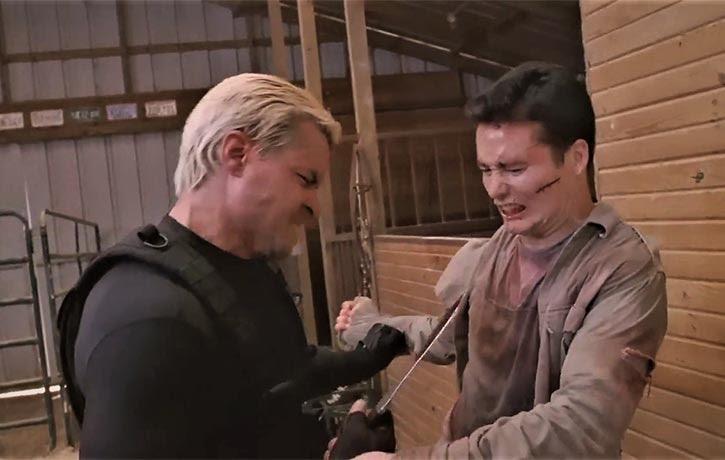 Southworth was also a regular on Power Rangers, often working as a suit actor for the various monsters seen in the show, as well as starring in Power Rangers: Time Force. This led to an early team-up between Sakamoto and Bosch called Extreme Heist (aka Wicked Game), which while entertaining, gives no indication what Alpha Stunts would be able to do just a few years later.

Broken Path is the perfect combination of a director at the top of his game, one of the premiere stunt teams in the world, and a star who has the charisma, talent, and physical skills to pull the whole thing together. In full disclosure, Broken Path works more as a demo reel for Bosch and Alpha Stunts than as a complete movie, but when the demo reel is that damn good, it doesn’t matter.

The film aims to show the most bruising, bloody and punishing martial arts fights ever seen, and it more than delivers. The fights come so frequently that it is impossible to single out one, but the final fight is absolute classic of the genre.

The lack of U.S. release for the film is a completely baffling decision, and it’s a bit difficult to find out why there was never a domestic distribution, although it’s clear the filmmakers were not pleased. The same could absolutely be said for Bosch who, in a now deleted MySpace post, expressed displeasure with the way the film was distributed.

Broken Path was released to torrent sites in 2009 (allegedly by someone on the film itself to make sure the film got seen) which is how the few people who saw it did so. The film finally did get some distribution outside of the U.S., through availability on Region 2 U.K. DVD under the title, Broken Fist, which I can confirm is a nicely manufactured.

It also received a Region-B Blu-ray release in Germany that saddles it with the truly horrendous title of Attack of the Yakuza. I have yet to view this version, but according to IMDB it is cut so the U.K. DVD, which is fully uncut, is the way to go if you can. Both versions can be found on Amazon for reasonable prices, though importing them might save you a few dollars, and for what it’s worth, I strongly encourage you to support one of these official releases.

Broken Path is everything an action fan could want, and it’s a movie in real danger of being lost to history.  Please seek it out, support the official releases, and keep the movie alive until we can hopefully get a proper U.S. release. Shout! Factory? Third Window Films? Hi-YAH!? Netflix? Any takers? 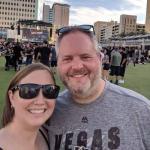 A Lookback At UPGRADE: Come For The Premise, Stay For The Action

This Has Not Been Easy…

UNIVERSAL SOLDIER: A Revisit Of The Luc Devereaux Saga, And Learning To Move Forward