MGM is back with another round of redux fan service with Eli Roth’s latest, Death Wish. The remake of the classic 1974 revenge thriller that sees Bruce Willis leading in place of the late great Charles Bronson landed some pretty lukewarm responses last year with the first trailer along with an unavoidable release delay from last November to this March 2nd…
Indeed, there’s no way around the elephant in the room there – the current political climate surrounding guns with respect to the narrative while the latest trailer for the film tries to stick a little more to the narrative of “dark revenge thriller”. It’s a better approach than last time when it tried to come across as “cool new Bruce Willis action movie fans will love” with AC/DC in the background and the new Paul Kersey incarnation cracking a joke.

Dr. Paul Kersey (Bruce Willis) is a surgeon who only sees the aftermath of his city’s violence when it is rushed into his ER – until his wife (Elisabeth Shue) and college-age daughter (Camila Morrone) are viciously attacked in their suburban home. With the police overloaded with crimes, Paul, burning for revenge, hunts his family’s assailants to deliver justice. As the anonymous slayings of criminals grabs the media’s attention, the city wonders if this deadly avenger is a guardian angel or a grim reaper. Fury and fate collide in the intense action-thriller Death Wish.

Remaking a classic is one thing. Selling it right is another and I’m pretty sure this one will find its audience in some capacity while others may feel differently to it. Watch the trailer below and peep the newest poster just beneath. 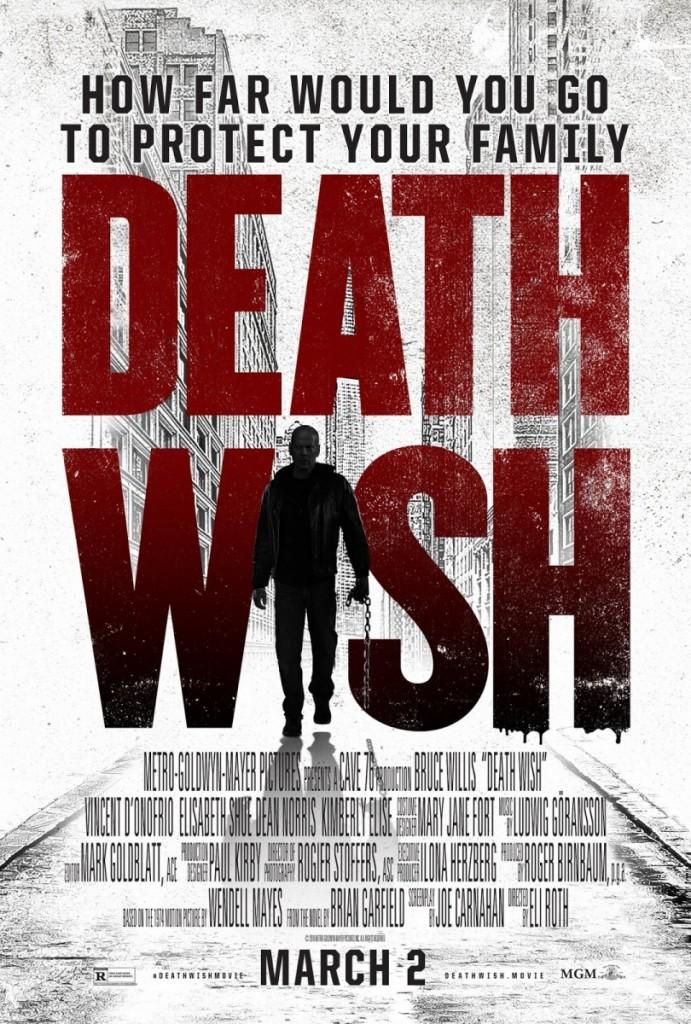