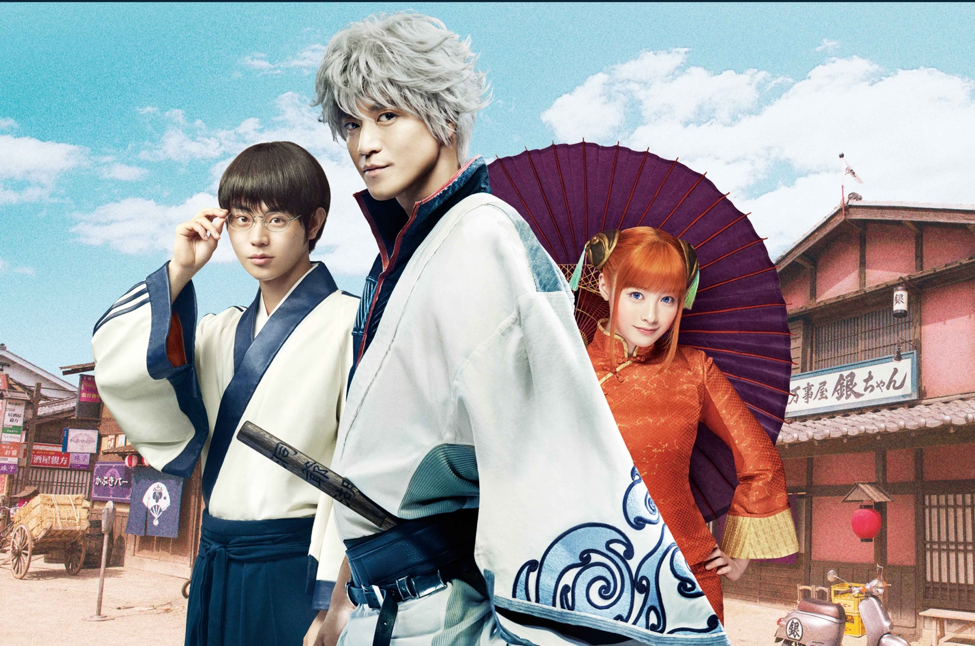 Late last year a good friend of mine sent me the most adorable Kagura keychain in the world. I sent her a video of a partially-teared thank you because as it stands, Kagura is the most loveable and adorable character in the TV Tokyo anime series, Gintama, which is on track to debut its final story arc on January 8.

The show took off from the genius mind of manga creator Sorachi Hideaki and in the most admirably meta of ways, became a sprawling hit. It was an easy sell for me from late 2016 and onward as I binged heavily and caught up long before Fukuda Yuichi’s live-action adaptation starring Oguri Shun, Suda Masaki and actress Hashimoto Kanna who plays the aforementioned Kagura-chan who plays central to the Battle On Rakuyo story arc.
Needless to say, I’ve been waiting for the film’s transition to the states since its release in Japan last July. That wait will soon be over with news of the film’s North American theatrical successive rollout on January 19 from Azoland Pictures. This, in the wake of its forthcoming DVD/Blu-Ray and VOD release on March 6 from Well Go USA with Fukuda currently helming a sequel with much of the principal cast returning for a date pending makes 2018 a definitive reminder that it isn’t too late to tune into all 341 episodes wherever anime is now streaming. That’s 341 amazing reasons to be a Gintama fan in my book.

Based on the best-selling action comedy manga by Hideaki Sorachi, GINTAMA takes place in an alternate Edo-period Japan, where an Alien race has taken control, forcing Samurai to lay down their swords. Once feared as the “White Demon,” former samurai Gintoki Sakata now works as an everyday handyman – until a master swordsman tasks Gintoki and his friends with finding the cursed sword Benizakura to keep it from falling into the wrong hands. Packed with the sword-swinging sci-fi action and offbeat humor that have made the manga a classic, GINTAMA is bound to delight both fans and anyone looking for a journey to a visually-stunning universe where fantastical action lurks just around every corner.

The film had its rollout throughout Asia and I reckon the reactions have had their mix. Best believe I’ll be looking forward to seeing this one myself this Winter with dates moving forward from January 19 at select theaters. And the anime, of course, without question. In the meantime, head over to the official Azoland Pictures website and find your city and accomodating showtimes, and stay tuned for an official trailer should one arise.