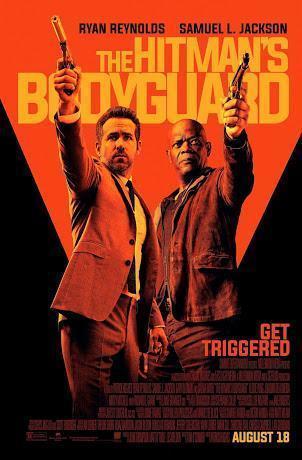 In the spirit of keeping the summer movie hype going, director Patrick Hughes’s new action comedy, The Hitman’s Bodyguard is back to boast a little more of its promising thrills apart from its first red-band trailer last month. ABC’s Jimmy Kimmel Live took to its audience late Thursday evening to unveil an exclusive look at the second official trailer ahead of its August 18 release.

The world’s top protection agent [Ryan Reynolds] is called upon to guard the life of his mortal enemy, one of the world’s most notorious hitmen [Samuel L. Jackson]. The relentless bodyguard and manipulative assassin have been on the opposite end of the bullet for years and are thrown together for a wildly outrageous 24 hours. During their raucous and hilarious adventure from England to the Hague, they encounter high-speed car chases, outlandish boat escapades and a merciless Eastern European dictator [Gary Oldman] who is out for blood. Salma Hayek joins the mayhem as Jackson’s equally notorious wife.

And at long last we finally get a glimpse of Oldman’s villain as well as actress Elodie Yung and more. Take a look!