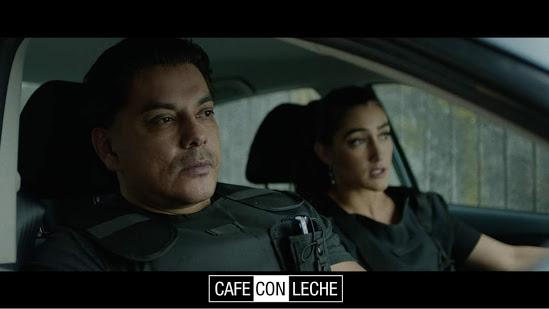 Signaled by none other than the upworthy reception of his latest underground fight drama, Callajero, writer and director Ray Gallardo‘s prospects are looking quite exceptional. His newest production, Cafe Con Leche, took off earlier this year on location in the federal district of Mexico City and caught my attention as well with the addition of actor and fight choreographer Fernando Jay Huerto.

Roughly twenty-two days is what I’m told it took to finish this one. Nonetheless, the latest trailer which released late last month is proof positive that nothing stands in the way of potentially good storytelling and awesome action to boot: Two lawmen, a rather uncomfortable family reunion, human trafficking, riveting drama, compelling characters, and a fair bit of Huerto‘s signature action choreography as well.
Cafe Con Leche just passed the first round of picture lock and is already underway with audio and color grading, and is expected to be packaged by December in time for a 2016 release. Watch the teaser and follow the film’s progress on Facebook.

Observe The Art Of Combat In The New TV Trailer For INTO THE BADLANDS THE HIT LIST – October 19, 2015