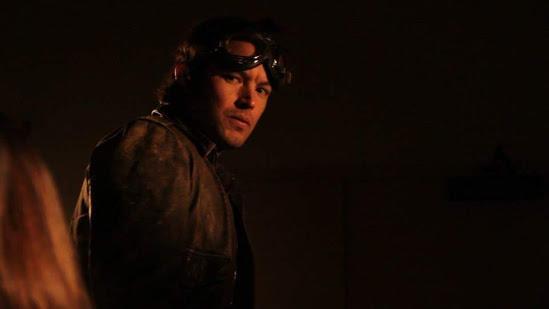 Many moons ago in 2014, I shared a practice fight performed by the likes of action actors Dylan Hintz and independent banner Westhavenbrook’s own John Soares, the latter whose work I haven’t been at all familiar with until this week when I spotted a peculiar looking untitled trailer on YouTube. That trailer, however and for all intents and purposes, now signals the upcoming VHX release of Soares’s latest long-term labor, The Danger Element.

The film sees actor, writer and director Soares as a member of a secret order of knights who, along with his sister and a government agent, lead a mission to retrieve an item that could resurrect his father from the dead. Having initially meant to be a feature film prior to having funding pulled following its pre-production launch in 2006, Soares sought to turn it into an action adventure webseries now partially funded thanks to a loyal handful of fans.
Ultimately with time and a few more resources eventually landing in Soares’s favor, success of the series has since earned it the promise of the feature film it was meant to be. Lo-fi, yes, but many of the set pieces here look ample enough to present something epic along with a style of action that clearly speaks to the Hong Kong niche quite a bit, and much to our delight with actor Doug Jones of Pan’s Labyrinth and Hellboy 1 & 2 fame also starring? Well, I’d say a viewing is in order.
SYNOPSIS:

With the help of a government agent, a member of a secret order of knights and his estranged sister take on the mob and a troubled scientist in pursuit of the stolen Danger Element, which they believe has the power to bring their father back from the dead.

Every Moment Counts In The First Trailer For PASSENGERS Clive Owen Will Return To Make BMWs Look Good In The New Shortfilm, THE ESCAPE