Clive Owen Will Return To Make BMWs Look Good In The New Shortfilm, THE ESCAPE 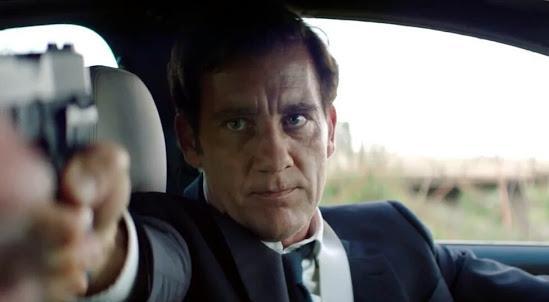 It was back in college that I became keen on what BMWFilms was achieving with its spate of shortfilms at the time in 2002. There were eight films dubbed The Hire, and with my most favorite being John Woo’s “Hostage” as much as I am a fan of The Woo.

The series itself essentially led me to my appreciation for actor Clive Owen, star of the fantastic 2007 action hit, Shoot ‘Em Up, about a mysterious carrot-eating marksman who finds himself at the beckoncall of a hooker and her baby when they become the target of a seedy squad of mercenaries working for corrupt politicians and the gun manufacturers funding them. (Yes, I called it a hit even though the film flopped, but I’ll be damned if it’s not a hit because it deserves to be addressed as so, sorely missed sequel opportunities notwithstanding).
At any rate, you can certainly credit Owen for making The Hire series look as good as it did in the role of “The Driver”, a man hired to pull odd, and often dangerous jobs. It’s surely a concept that even District 9, Elysium and Chappie helmer Neill Blomkamp agrees would work in feature length territory now that he’s officially on par to release his own take on The Driver’s story with the newly announced shortfilm, The Escape, which premieres on October 23 at 6 p.m. EST on BMWFilms.com.
Owen is joined by actresses Dakota Fanning and Vera Farmiga, and actor Jon Bernthal for Elysium, Chappie and District 9 helmer Neill Blomkamp. Also spearheading at the behest of BMW creative director Bruce Bildsten, executive producer Brian DiLorenzo, and co-writer and creative consultant David Carter.
A brief behind-the-scenes look at the 11-minute four-wheel high-octane spectacle is now online, so take a look, and feel free to discuss the prospects of a concept like this.
Would YOU like to see The Driver at work in a feature film? Let us know!