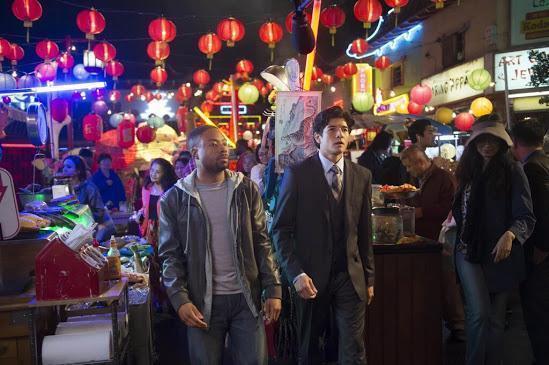 It’s been a little under a year since news started generating for CBS’s upcoming series reboot of the 1998 hit film, Rush Hour. Thankfully some new footage finally began rolling out late last year for the new show which now sees actors Justin Hires and  martial artist Jon Foo in place of film franchise stars, Chris Tucker and action star Jackie Chan.
As of this week now, the trades are now confirming with word from THR that the show will premiere on Thursday, March 31 at 10:00 Eastern Standard Time. The update stems from CBS shuffling its programs, including Elementary which will now play on Sundays.
The new show will reinterpret the three-film franchise with Hires in the role of Carter, a maverick LAPD detective reluctantly partnered with a cop on a mission to avenge his sister’s death, straight-laced detective Lee played by Foo. Executive producer Jon Turtletaub directed the pilot episode for the series which has Steve Franks serving as showrunner and also executive producer along with Bill Lawrence, Blake McCormick, Jeff Ingold, trilogy helmer Brett Ratner.

'The Expendables 3' Co-Stars To Produce Action Drama, 59 ROWS OF TEETH LONDON HAS FALLEN Gets A Second Trailer