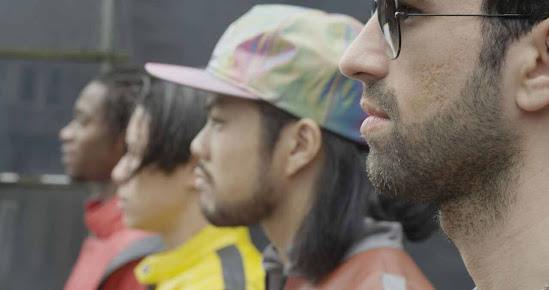 Further updates are still pending as we await the 2015 release of the upcoming martial arts action comedy, Once Upon A Time In Berlin. Debut directors Ufuk Genç and Michael Popescu are spearheading the production as it looks to put Berlin on the map for the genre, thanks in large part to the longstanding efforts of German martial arts film and stunt troupe, Reel Deal Action, whose members, Can Aydin, Cha-Lee Yoon and Phong Giang will also be making their feature acting debuts to accompany their natural screenfighting caliber.
Germany itself has been brewing with potential for sometime now, and luckily, Reel Deal Action has become a byproduct of the very support that has taken them this far, from making wonderful online action shorts to stepping it up in feature-length territory. You can learn all about their credentials and happenings via their official website, although rest assured, Reel Deal Action has certified itself as a proven team worthy of the success in their ability to tell stories and achieve the type of quality action and filmmaking standards they aim to live up to.
As of last year, the production has been looking to spread the word via Reel Deal Action’s official Facebook page, and Film Combat Syndicate recently unveiled its first exclusive report back in late January. Following that report, Film Combat Syndicate can now unveil ten official – and by all means, AWESOME – new stills from the forthcoming movie courtesy of the production which you can check out below, as well as an official synopsis.
Check them out below!
SYNOPSIS:

Can, Phong and Cha-lee might be ambitious stuntmen, but their career has long since hit rock bottom. However, it’s when their friend and wannabe manager U-Gin reels in a promising new job offer that things truly go south. When they arrive at the wrong address the four friends burst in on low-life Eddie and his sleazy gang of thugs. Seizing the opportunity, Eddie takes Phong hostage and blackmails the remaining three into running a dangerous errand. Their mission: To seek the whereabouts of a secret safe owned by Berlin’s underworld kingpin Gabriel and to deliver Eddie its contents. The terms: They either succeed within 24 hours – or Phong dies. Chickening out is not an option, and so the three friends tumble head over heels into a relentless scavenger hunt, attracting the attention of a tenacious cop and, ultimately, of Gabriel himself.

ONCE UPON A TIME IN BERLIN is a fast-paced action comedy that pays homage to the action flicks of the 1980s and 1990s. Featuring action choreography by martial artists Can Aydin, Phong Giang and Cha-lee Yoon from REEL DEAL, it’s the first theatrical martial arts motion picture ever to be domestically produced in Berlin, Germany’s vibrant capital.

It’s also worth mentioning that there’s a bit of a twist going on with the costumes of our lead characters with respect to the following plot. See if you can figure it out for yourselves, and in the meantime, stay tuned for more exciting info on this amazing new project.
Aydin, Giang and Yoon are joined by actor U-Gin Boateng, along with Inglorious Basterds co-star Gedeon Burkhard, Iron Sky co-star and actress Julia Dietze and actress and stuntwoman, 87Eleven Action Design’s own Heidi Moneymaker (The Avengers, Captain America: The Winter Soldier, Sucker Punch). Once Upon A Time In Berlin is a production of CineChromatix, Paper Moon Films and Reel Deal Action. Genç is also producing with Oliver Thau from a script by Rafael Garciolo.