Former heavyweight champ-turned-actor Mike Tyson and actor and martial artist Steven Seagal have taken the brunt of much of the publicity for their recent roles in Tan Bing’s 2017 actioner, China Salesman. Thus, you’d be forgiven for not immediately noticing lead actor Li Dong Xue around whom the film is centered per its narrative about a salesman who goes to Africa for business and gets caught up in a whirlwind of explosive tumult and danger.
It’s not too impressive-looking despite the film’s hardened appeal to action movie junkies via explosions and fight scene gems. Trade news sites have nonetheless been abuzz for the $20 million dollar actioner as a significant bookmark signaling a growing momentum for Hollywood to follow in China’s footsteps per its market influence in the film industry at large and for what its worth, Cleopatra Entertainment has taken a liking having acquired the film for a U.S. rollout this Spring.

Based on a true story, CHINA SALESMAN takes us on a dangerous and epic adventure to Africa where a Chinese engineer/salesman comes face-to-face with a corrupt competitor over the contract for the first mobile telecom technology in Africa. Local tribesman KABBAH (Mike Tyson) and mercenary LAUDER (Steven Seagal) get drawn into the conflict in a classic, brutal hand-to-hand fight while the entire country faces civil war battles.

That “based on a true story” bit still peaks my curiousity seeing as how I’m alien from it. It is what it is, and if you don’t mind relaxing your brain for the duration of the film until the Seagal V. Tyson match up begins, then this one should be right up your alley. China Salesman also stars Janicke Askevold, Li Ai, and Eriq Ebouaney for its limited theatrical release on April 20 prior to a VOD release on May 1. Variety reported the exclusive earlier this month. 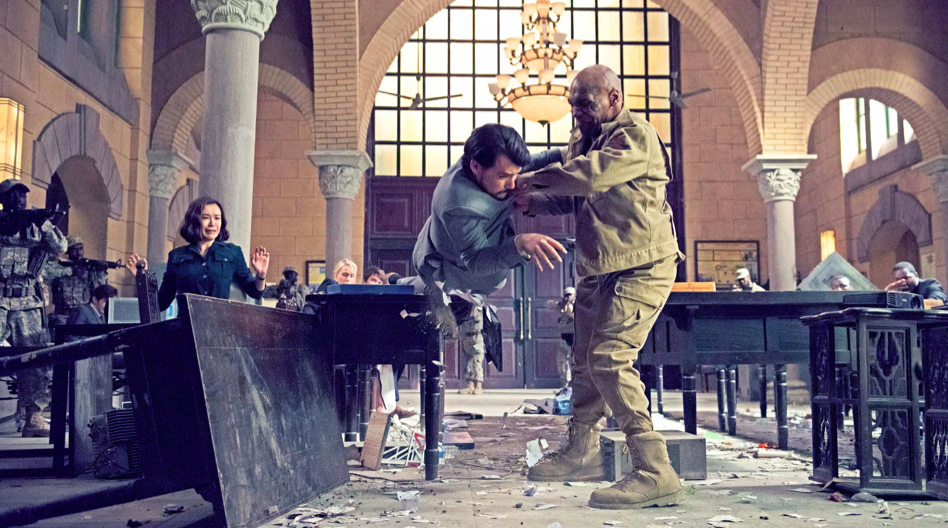