MOHAWK: Kaniehtiio Horn Leads The Charge In The Offical Trailer

We Are Still Here helmer Ted Geoghegan is hailing a bloody reckoning this season with his second feature film, Mohawk. The film became a festival darling following its world premiere at Fantasia last summer and with more event screenings to come before its official release on March 2 from Dark Sky Films, we finally have an official trailer making the rounds to introduce the War of 1812-set thriller.

After one of her tribe sets an American camp ablaze, a young Mohawk warrior finds herself pursued by a contingent of military renegades set on revenge. Fleeing deep into the woods they call home, Oak and Calvin, along with their British companion Joshua, must now fight back against the bloodthirsty Colonel Holt and his soldiers – using every resource both real and supernatural that the winding forest can offer. 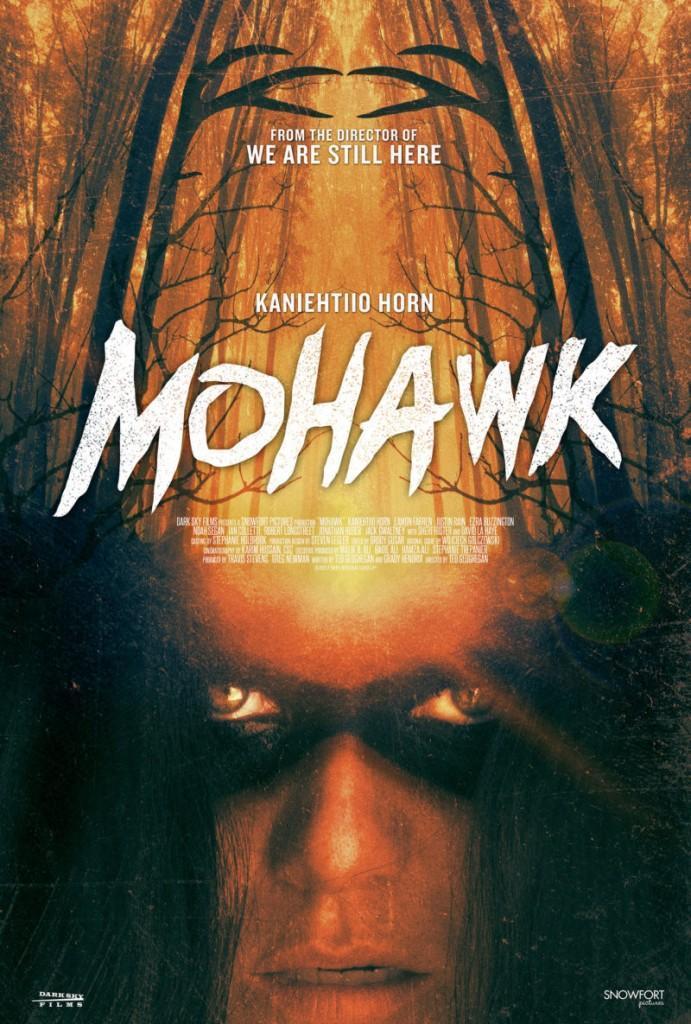