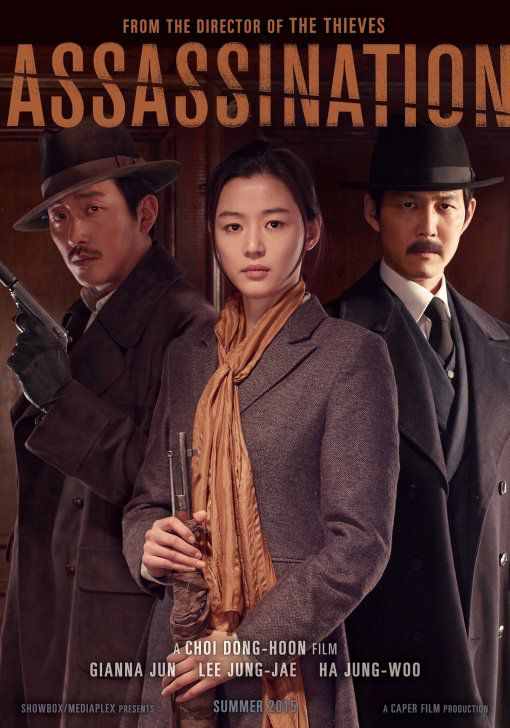 Woochi and The Thieves helmer, director Choi Dong-hoon‘s new period thriller, Assassination is finally getting a release this July with a date pending, and a cast that assures our dear director in good company of great talent. This, on top of a vision with a production that takes place in China as well as South Korea, and we can pretty much get an idea of the immense scope and qualtiy Choi has crafted together for audiences.
SYNOPSIS:

Early 1900s Korea was under Japanese occupation and many Korean resistance activists were based in China, hiding from the Japanese authorities. The year 1933 in Shanghai, a command to covertly assassinate the Japanese Army’s commander is given to AHN Ok-yun, a top-notch sniper sentenced to death. For this task, YEM Sek-jin, an agent of the interim government extricates AHN Ok-yun and her comrades from the prison. But the grand plan is exposed to Japan by an internal spy and a hit man, Hawaii-Pistol is being hired to get rid of AHN. The assassination squad arrives in Korea without knowing hit-man’s chase. Can she make the impossible mission completed?

Actress Gianna Jun leads the cast with fellow The Thieves co-stars Lee Jung-Jae and Oh Dal-su, along with Kundo stars Ha Jung-Woo, Cho Jin-woong and Lee Kyoung-young. And on that note, get a look at the spectacular teaser in the player below!