It’s become very clear that AMC TV is the go-to for a lot of TV viewers favorable of their favorite genres, and much to the delight in recent months with the addition of the comic book adaptation, Preacher. Accordingly, executive producer Seth Rogen enthusiastically made the announcement on Twitter that the network has picked up the series with word from Deadline that a May 2016 premiere may be in the works for up to ten episodes.
Rogen also debuted the new poster art for the show which you may view below. 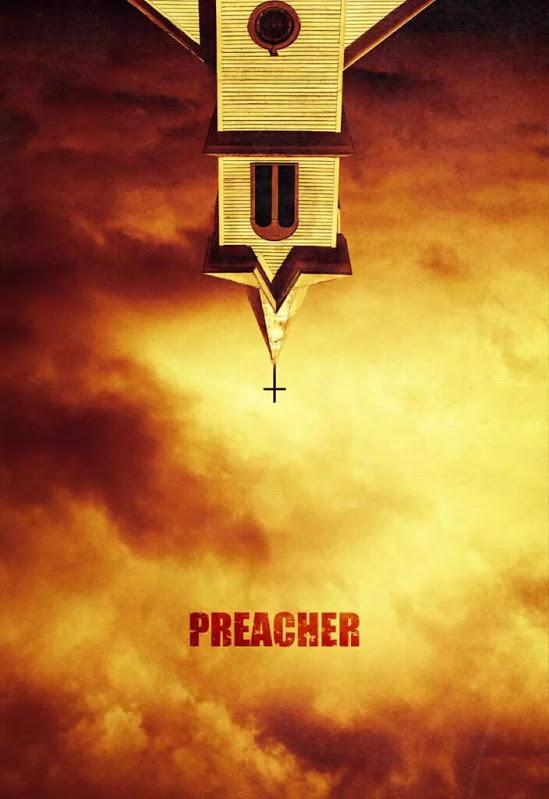 Preacher is based on the Vertigo comic of the same name, which follows Jesse Custer, a Texas preacher who was given the ability to control others, after he came into contact with Genesis, a creature spawned by an angel and a demon. Traveling across country, Jesse teamed with his tough girlfriend Tulip and an Irish vampire named Cassidy in an adventure to take down God.

From Sony TV and AMC Studios, Preacher stars Dominic Cooper, Ruth Negga and Joseph Gilgun and is written by Sam Caitlin who will serve as showrunner as well as executive produce with Point Grey’s Rogen and Evan Goldberg. Neal Moritz, Vivian Cannon and Ori Marmur from Orginal Film are also executive producing in additon to Ken Levin and Jason Netter, with the orginal creators of the 1995-2000 Preacher comic book series, Garth Ennis and Steve Dillon, co-executive producing.