Sakaguchi Tak‘s career has been an eventful exit per his semi-retirement in 2013. Having recently gotten back on his feet with the highly-acclaimed action thriller, Re:Born, his latest effort his on its way to funding for the post production of his long-awaited one-take samurai thriller, Crazy Musashi.

The project itself is a described as a seventy-seven minute single take with an edgy twist on legendary samurai, Miyamoto Musashi. Sakaguchi, a martial artist himself who has been running high on momentum touring Re:Born in Asia and North America, including most recently at the Iron Dragon TV Action Fest, spoke of broken fingers amid other injuries while filming which you can read more about at the film’s Camp Fire campaign page.

Acquiring the rights back to Crazy Musashi cost a pretty penny with Sakaguchi joined by partners Takayuki Ota and the star’s longtime film cohort and friend, Re:Born helmer Shimomura Yuji. Donations will invariably go to the film’s completion five years since Sakaguchi was forced to abandon the project upon leaving his former management, thus officially bringing Crazy Musashi full circle.

Check out the page to learn more. NOTE: You may need to translate if you’re not fluent in Japanese, so have at it. 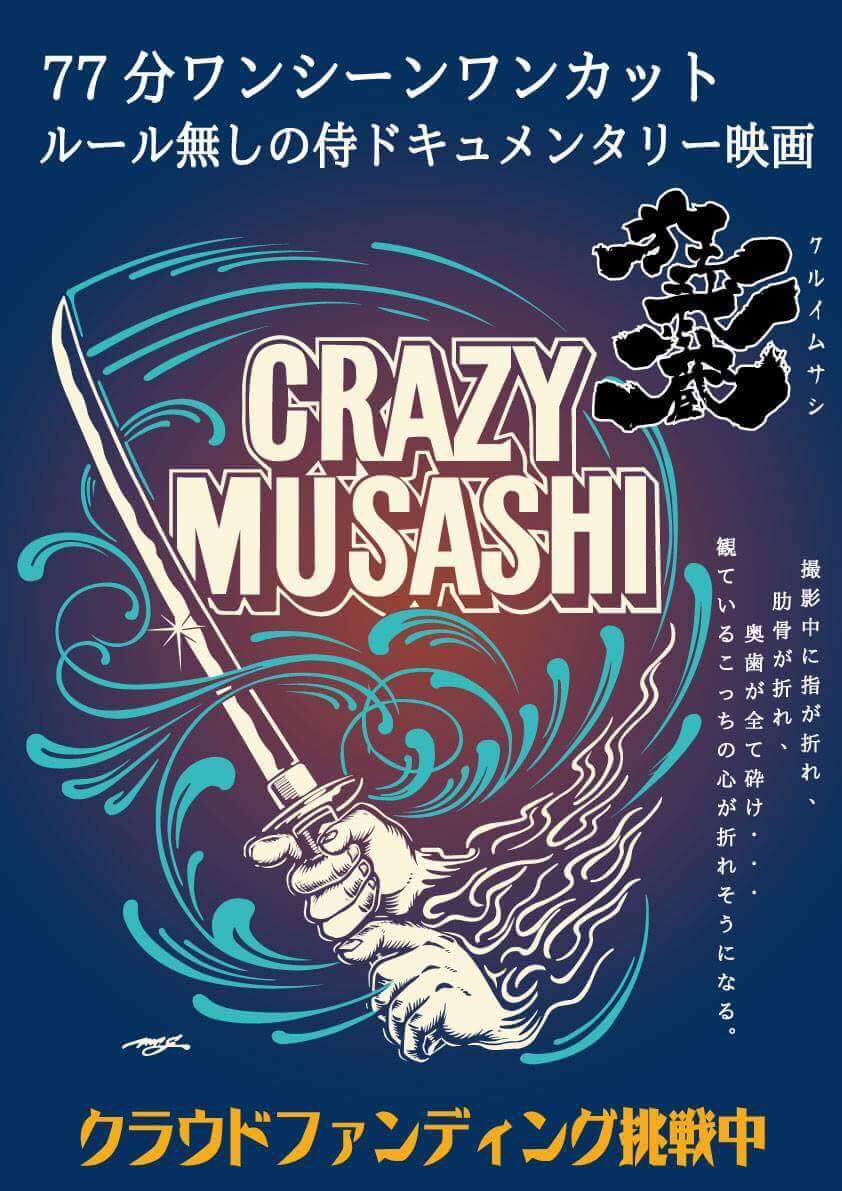