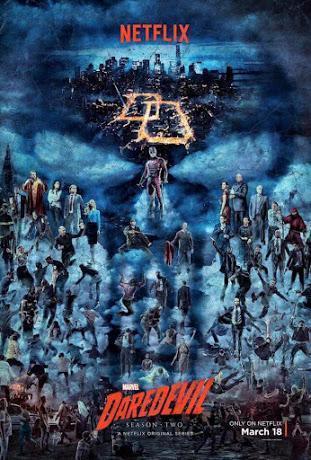 Taking notes from shows like Law & Order and The Wire to layer up its comic book-layered thematic storytelling, the first season of the Marvel series adaptation, Daredevil, proved uniquely entertaining, as well as fundemental in realizing how studios and directors could better flesh-out superhero source material. I had my own doubts about this kind of thing long before this show existed, and my doubts were personally regarding programming decisions with some networks and not so much as creative direction, but that’s another can of worms I won’t get into right now. Netflix is center stage this week for all things comic book in entertainment, and the second season continues to brim with grit and a high caliber vision that takes the comic book TV genre to an impressive level.