THE MOBFATHERS – Strap-Ons, Cussing And Head Bludgeoning Ensue In A New BTS Featurette 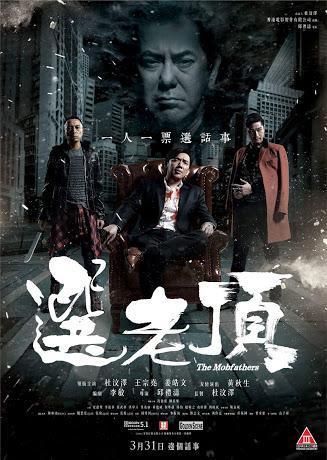 Chapman To and Herman Yau carry on their successful collaboration from Sara with this dark comedy set in the seedy Hong Kong underground world. Every three years, the five leading gangs elect a representative to stand for election to be the mobfather of the underworld. Each of the candidates has his strength and his weaknesses, and there is understandably a decided lack of trust amongst the gangs. With each fighting for his gang’s own vested interests, what will be the outcome?

Gregory Wong, Philip Keung and Anthony Wong also star with a release later this month. Check out the most recent trailer along with a riveting behind-the-scenes look that gives you some insight in the methodology of approaching the gangster genre and pushing the envelope. It’s a fun little featurette, for sure.