DEAD SNOW 2 Will Rise From Its Grave In North America Soon! 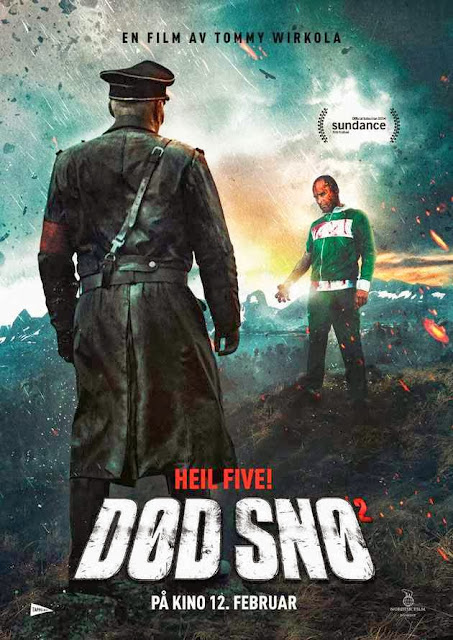 Writer and director Tommy Wirkola will wrap up the screening slate for his newest film, Dead Snow: Red Vs. Dead this Friday at midnight. However, fans of zombie action and horror will be pleased to learn that Well Go USA has acquired the North American rights to the Norweigian bilingual follow-up film, which they will distribute theatrically entirely in English-language with a release date now pending.


The film is the latest collaboration between XYZ Films, Tappeluft and The Fyzz, and follows up the events from its 2009 predecessor, actors and co-writers Vegar Hoel and Stig Frode Henriksen returning for the sequel which now sees its lead character, Martin (Hoel) back and ready to brawl with undead Nazi scum, with a littlen extra help. Martin Starr, Ørjan Gamst, Ingrid Haas and Jocelyn DeBoer round out the cast.
The official IMDb page for Dead Snow: Red VS Dead currently dates the film’s release for February 14, 2014, but stay tuned for an official update. In the meantime, check out the latest trailer at the bottom with English subtitles available.
SYNOPSIS via Sundance:

If the worst day of your life consisted of accidentally killing your girlfriend with an axe, chain-sawing your own arm off, and watching in horror as your closest friends were devoured by a zombified Nazi battalion, you’d have to assume that things couldn’t get much worse. In Martin’s case, that was only the beginning.

Picking up immediately where the original left off, Dead Snow; Red vs. Dead wastes no time getting right to the gore-filled action, leaving a bloody trail of intestines in its wake. Director Tommy Wirkola returns to the helm with a vengeance, coming up with more inventive ways to maim and dismember than you ever thought possible. Combining wry humor with horrific worst-case scenarios, this follow-up to the 2009 Park City at Midnight classic is sure to shock the weak-of-heart and delight even the most hard-core fans of the horror genre. Colonel Herzog is back, and he is not to be f__ked with.

Tom Everett Scott Takes On JCVD In A New Clip From EMEMIES CLOSER Lots Of New Footage In The Final Trailer For THE MONKEY KING 3D!