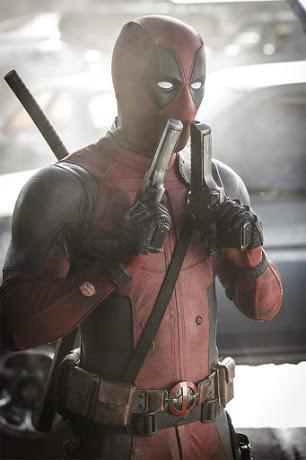 Apart from most things, it seems, there are things even Deadpool loves along with chimichangas and the color red. For this, we bring you the latest promo accompanying today’s announcement from Manchester United in its global partnership with 20th Century Fox in lieu of upcoming film along with X-Men: Apocalypse in May, and Independence Day: Resurgence in June and other titles thereafter.

Yes, Deadpool loves soccer. And his Wolverine doll. And kebabs. Cue the deets below

“Both Manchester United and 20th Century Fox are leaders within our respective industries and we are delighted to be able to work with them in introducing each other to new audiences, creating unique content, such as the players’ recent encounter with Deadpool.“”

Throughout the season the Club’s digital perimeter boards and post-match interview backdrops at Old Trafford will be used to promote films, such as Deadpool, X-Men: Apocalypse and Independence Day: Resurgence. There will also be the opportunity for 20th Century Fox to provide entertainment for fans attending United home games, as well as exclusive content for the Club’s global audience via its various digital platforms.

To mark the coming together of the two iconic brands, United players Ander Herrera, Juan Mata, Chris Smalling, David De Gea, Bastian Schweinsteiger and Wayne Rooney came face-to-face with Deadpool, the latest Marvel character to hit the big screen, during a penalty shootout. This short film of a different kind will be released today across Manchester United social media channels.

Deadpool tells the origin story of former Special Forces operative, Wade Wilson, who after being subjected to a rogue experiment that leaves him with accelerated healing powers, adopts the alter ego Deadpool.

“This partnership is the first of its kind for the Club and 20th Century Fox. Last year in the UK alone, there were well over 150 million admissions to the cinema and like football, the film industry has unwavering global popularity and can be enjoyed by anyone.

“Both Manchester United and 20th Century Fox are leaders within our respective industries and we are delighted to be able to work with them in introducing each other to new audiences, creating unique content, such as the players’ recent encounter with Deadpool.“

“Together, we look forward to introducing each other to greater connections and more entertaining content that will engage film audiences and football fans around the globe.”