What are the odds that you’ll be born in the spitting image of one of cinema’s most iconic screen legends? That’s probably a question actor Robert “Bronzi” Kovacs asks himself frequently, and much to his own benefit as an actor as well.
He’s taking kindly to his visage in time for his latest, Death Kiss, no less a fitting homage to a bygone era of violent action characteristic of Charles Bronson’s Death Wish franchise. Rene Perez helms this, his second turn in the chair for Kovacs who now stands to go before the audience at Texas Frightmare next month for the film’s premiere.

A vigilante with a mysterious past becomes a one-man army as he goes to a crime-infested city and takes matters into his own hands.  At the same time he protects a young mother and her child, trying not to develop feelings that he knows will get in the way of his mission.

Also starring are Daniel Baldwin, Richard Tyson, and Eva Hamilton. Check out the trailer below and feel free to head over to The Action Elite and read up on my friend Eoin’s interview with the man himself. 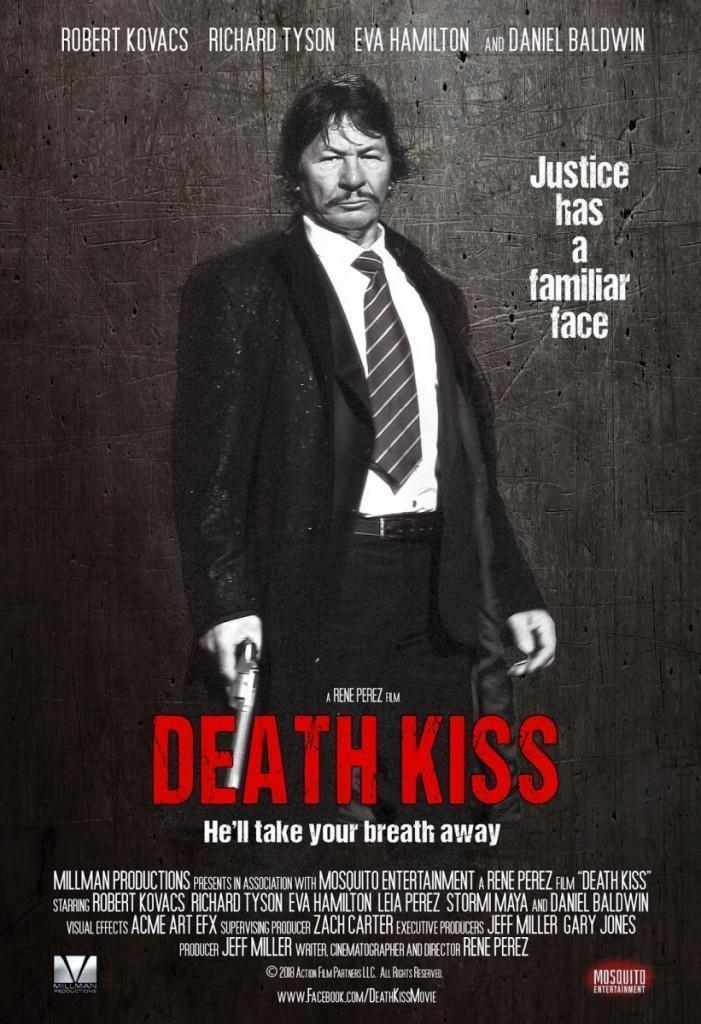