DEATH RACE: BEYOND ANARCHY Fuels Up On DVD, Blu-Ray, Digital And On-Deman In 2018!

Writers Tony Giglio and filmmaker Don Michael Paul have returned to us with the latest in a string of direct-to-video releases centered on the long-running Death Race franchise with Death Race: Beyond Anarchy. Actor Zach McGowan (Shameless) is front and center this time around with Danny Glover, Danny Trejo and Fred Koehler for an “Unrated and Unhinged” Blu-ray combo pack, DVD, Digital and On Demand release on January 30, 2018, from Universal 1440 Entertainment.

Check out the specs:

• Inside the Anarchy: Filmmakers and cast describe how this chapter of the Death Race franchise stands out from the rest. From new locations, to a fleet of new cars, to a new star in Zach McGowan, see why Death Race: Beyond Anarchy is the deadliest Death Race yet!

• Time Served: Lists & Goldberg: Hear Death Race franchise veterans Fred Koehler and Danny Trejo discuss what it’s like to be back playing Lists and Goldberg, and how their characters have changed.

• On the Streets of Death Race: Beyond Anarchy: Director Don Michael Paul and cast explain how the stunt work gave the production a uniquely energetic feel 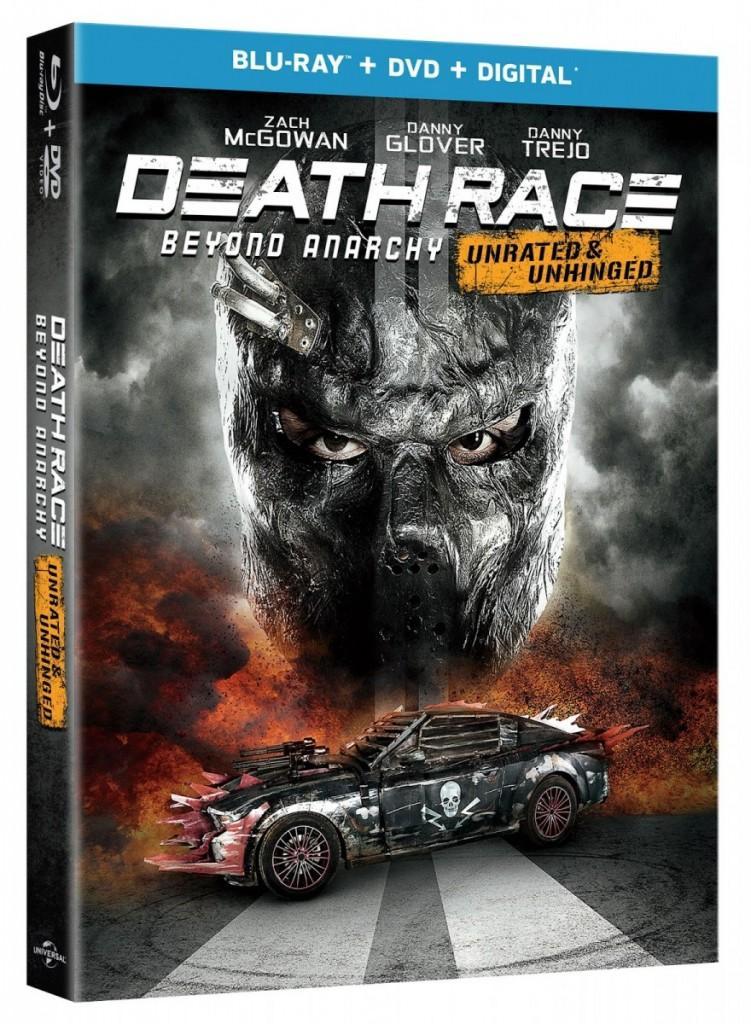