Director James Poirier Brings Us To THE END OF DECEMBER 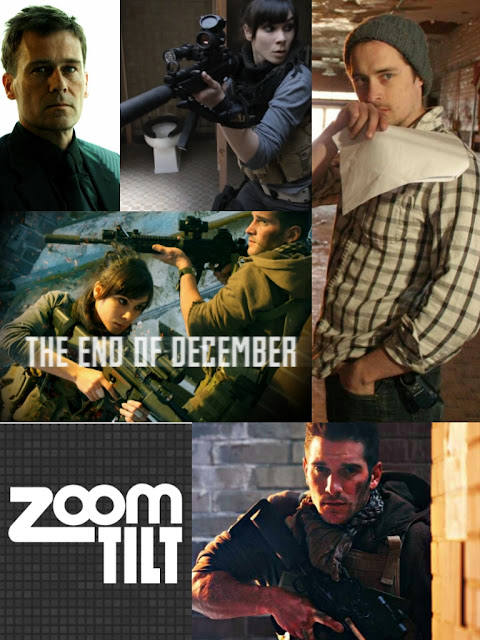 The film tells the story of a rogue operate known only until the end as “The Widow”, whose only chance of getting her son back alive from the heavily armed squad who kidnapped him lies in the hands of a former black ops agent she burned years ago.

The film pays homage to that of other films like the “Bourne” movies, “Taken” and “Safe House”, with quality action sequences and camerawork, and an original music soundtrack by Travis Fitzsimmons and Erik Dicksen to illustrate the kind of climatic intensity that would make Michael Mann, Paul Greengrass, Jaume Collet-Serra and the late Tony Scott proud. With interesting plot twists and just a few scenes of intimate dialogue to help bring depth, the story manages to pace itself pretty well, developing from start to finish, depicting moment-to-moment transitions that show how quickly and instantly our hero, David (played by Nick Apostolides) by is forced to spring into action the second he starts learning more and more about the woman he once loved, “The Widow” played by Rachel Delante), his own convictions, the truth past he long came to regret, and the mysterious black ops agent behind it all, portrayed by Lars Christensen.

(TO STREAM “THE END OF DECEMBER” IN HD WITH NO ADS, CLICK HERE)

“The End Of December”