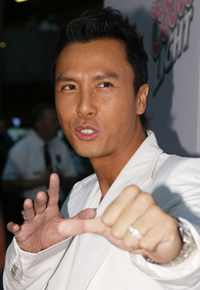 According to reports gathered at Twitch, international martial arts action superstar and entrepreneur Donnie Yen will have two films lined up at the start of his latest film venture over at Superhero Films.

The newly founded production company has already begun pre-production on The Master, which is set to star Yen in a 1970’s story about a gun shop owner bent on vengeance against a kung fu master who emigrates from Hong Kong. The film will see Yen returning to the set once again with director Pou-Soi Cheang, whose works include Shamo, Dog Bite Dog, and the upcoming 3D fantasy actioner, The Monkey King, also starring Yen. The next film is called Dragon City, also set to star Yen as a 1970’s cop in charge of a special crime fighting task force assigned to battle corruption within the Kowloon Walled City. The film is to be directed by Derek Kwok, who recently co-wrote and co-directed the Shu Qi-starrer, Journey To The West: Conquering The Demons.

Yen has already had a busy year prior to his new business over at Superhero Films, with several films that either still await release, production news, or even so much as a trailer. Among these particular titles includes one other film that has not been mentioned much as of late called Enter The Master, which sees Yen return to the set once again with actor Nicholas Tse since working on Dragon Tiger Gate and Bodyguards And Assassins. That particular film is also to be written and directed by Hing Ka-Chan, whose credits also include All’s Well, Ends Well 1 and 2, The Twin’s Effect (a.k.a. The Vampire Effect) and the John Woo classic, A Better Tomorrow. 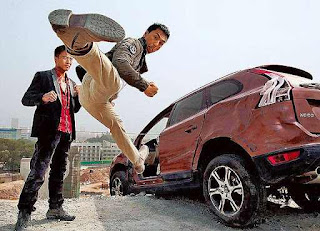 The Monkey King is currently in post-production while Donnie Yen’s latest film, Special Identity, currently sits in distribution hell pending the results of a bitter lawsuit/countersuit with filmmaker Tan Bing regarding Bing’s allegations of infringement against Yen, and Yen’s counter claims seeking compensation for damages. The film has already suffered from a media meltdown after action star Vincent Zhao‘s epic falling out with Yen and the production crew, following a major public relations blitz by both sides eager to get their side of the story out. The good news is that the film is complete and is said to be definitely slated for release this year. The film is directed by Clarence Ford and features Yen along with Tian Jing, Andy On, Collin Chou and Ken Lo, with action direction by Yen and his team of veteran choreographers, including Kenji Tanigaki, Hua Yan and John Salvitti, with car stunt coordination by Bruce Law. Meanwhile, Yen is still filming the overbudgeted and long-awaited 3D remake of The Iceman Cometh, with actors Wang Baoqiang and Simon Yam, directed by Law Wing Cheong.

That makes a total of six Donnie Yen films that are pending, with at least four of them on the list to send a blitzkrieg of Hong Kong-stylized action by Donnie Yen, making him one of the most continually hardest working people in his industry. Having said this, it is not a huge loss for action fans that Yen is backing off of Ip Man 3D, which disappointed some Ip Man fans hoping to see a cinematic telling of the Wing Chun master’s influence on a younger Bruce Lee. Meanwhile, nothing yet is being stated about Yen’s role in the upcoming May production of Silver Vase, Iron Knight, since the discussed involvement of actress Michelle Yeoh, action choreographer Yuen Woo-Ping, writer John Fusco and the possible employ of David Thwaites for director. Hopefully we will hear something definitive as May approaches. 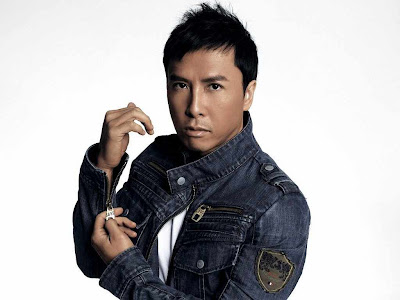