Doom Looms In The Final Trailer For FANTASTIC FOUR! 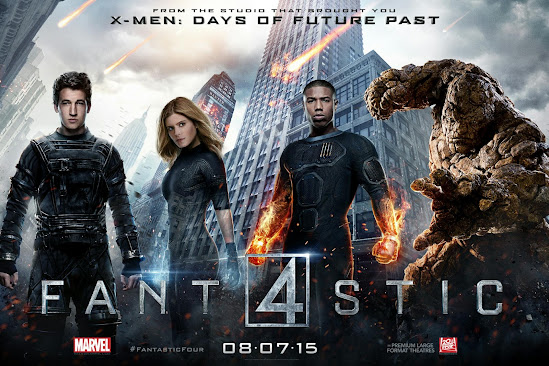 The fallout from Comic-Con remains electric in the wake of all superhero fandom, and director Josh Trank‘s newest endeavor into the field rebooting Fastastic Four is partly to blame. Spawning a nearly entirely new look that garners plenty of attention, the film is releasing on August 7 with a new approach that centers on our four heroes as they crack interdimensional travel only to be embedded with superhuman abilities that will ultimately put their ingenuity to the test.

FANTASTIC FOUR, a contemporary re-imagining of Marvel’s original and longest-running superhero team, centers on four young outsiders who teleport to an alternate and dangerous universe, which alters their physical form in shocking ways. Their lives irrevocably upended, the team must learn to harness their daunting new abilities and work together to save Earth from a former friend turned enemy.

Miles Teller, Michael B. Jordan, Kate Mara, Jamie Bell and a spectacular-looking Toby Kebbell as the villainous Doom headline the cast. The final trailer is now online with ticket availability as well, so check it out below!

Hamish Daud Faces All Of Jakarta In The Latest Trailer For GANGSTER Tom Cruise Gets Scared S**tless In A New MISSION: IMPOSSIBLE – ROGUE NATION Featurette