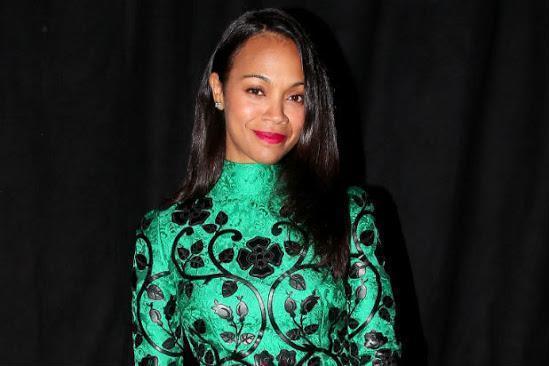 There’s a lot that many of us may look forward to hearing between now and the remainder of 2017 with actress Zoe Saldana. One such end pertains to news surrounding Hummingbird, after landing on award-winning Swedish film duo Marcus Kryler and Fredrik Akerström (Reset – short, Battlefield 1 – VG cut scenes) for their feature debut at the helm.

Word from Deadline writes that Good Universe will begin selling the film at the EFM next week with Saldana attached to executive produce via her Cinestar banner as well as star as the lead; Based on John McClain’s Black List script, Saldana will play an assassin whose latest mark forces her to rethink her identity and her purpose.
Mark Gao and Gregory Ouanhon, whose Fundemental Films are financing the film with Gary Glushon executive producing, will produce with Todd Garner of Broken Road Productions whose Jeremy Stein will also executive produce. Saldana is up for several projects stirring in the last few years, most notably James Cameron’s upcoming return to the set for the first of four Avatar sequels set to film later this year. She will appear in Guardians Of The Galaxy: Vol. 2 on May 5.

CUT TO THE CHASE: Watch The Trailer For Blayne Weaver’s New Crime Thriller MVD Picks Up Arrow Releases For DEAD OR ALIVE And HOUSE Titles