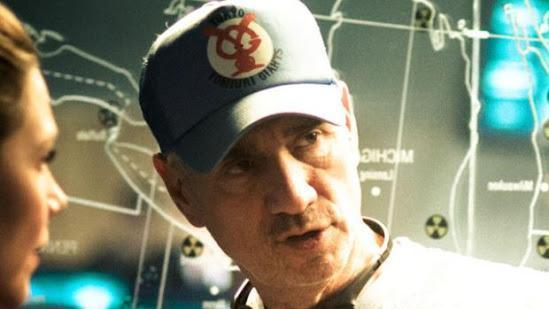 Director Roland Emmerich, best known for churning out uber-destructive summer blockbusters tried something a bit different with the LGBTQ drama, Stonewall. It didn’t exactly pan out as much as he’d hoped, but needless to say, fans of his usual work won’t be bored this weekend, or seemingly not much thereafter.
Thus, on the eve of the weekend U.S. release of his new sci-fi action sequel, Independence Day: Resurgence, a new report at Deadline is surfacing with news of his latest directorial gig freshly landing at Universal Pictures. Moonfall is the name, based on a speculative script co-written by Harald Kloser and Spencer Cohen which reportedly cost seven figures for the studio to acquire.
The film tells of a group of misfits who band together to save mankind when the moon falls out of orbit and heads on a collision course for Earth. The film will mark the seventh pairing for Emmerich and Kloser since first working together on such disaster flicks like The Day After Tomorrow in 2004, 2012 in 2011 and this weekend’s Independence Day: Resurgence which just scored $4 million ahead of its expected $40-$50 million dollar weekend opening.
Casting details for Moonfall are currently pending.