ESCAPE PLAN 2: HADES Welcomes You To The Zoo In The Official Trailer! 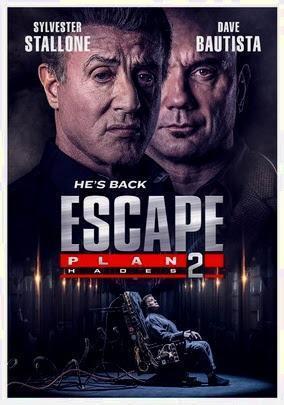 If you’re sitting here and wondering just why in the name of all that is pure and true is Escape Plan 2: Hades, headed to the ancillary market instead of theaters, you’re definitely not alone. Indeed it’s happening though, gladly as one of two forthcoming sequels following the 2013 hit film starring A-listers, returning actor Sylvester Stallone and trilogy newcomer Bautista.

Ray Breslin (Sylvester Stallone) manages an elite team of security specialists trained in the art of breaking people out of the world’s most impenetrable prisons. When his most trusted operative, Shu Ren, is kidnapped and disappears inside the most elaborate prison ever built, entirely computerized and constantly changing shape, Ray must track him down with the help of some of his former friends.

Steven C. Miller directs with a cast that rounds out with Jamie King, Curtis “50 Cent” Jackson, Jesse Metcalf, Huang Xiaoming and Wes Chatham for a On Digital, VOD, Blu-ray, and DVD release on June 29, 2018. IGN unveiled the official trailer which you can view below.

THE HIT LIST: May 14, 2018 FALLING CAMELLIA: Perilous Brotherhood Weathers The Storm In The Official Teaser