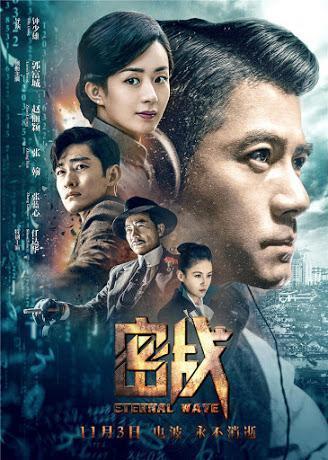 The Assassin and Mark Of Youth helmer Billy Chung is arriving this Friday in Chinese cinemas with a new period war drama in the midst. Bringing forward a new variant on a 1958 film classic, Eternal Wave promises a new variant on the tale which centers its 1930-set tale here of two Chinese agents who orchestrate fake a marriage in order to rebuild communications in the wake of Japan’s occupation of Shanghai.

The story takes in 1937, after the fall of Shanghai during the Japanese invasion. Spy Lin Xiang (Aaron Kwok) was ordered to infiltrate Shanghai and reconstruct the underground headquarter that was destroyed. Here he met a simple but with a very strong sense of justice Lan Fang (Zhao Liying). Known as the “underground party couples”, the two fight hand in hand against the evil Liang Dong (Zhang Han), the Japanese invaders and pseudo government spies to start a thrilling life and death contest.