Fantasia XXIV Review: Lars Damoiseaux’s YUMMY Is A Zombie Thriller You Can Sink Your Teeth Into

When one goes in for any kind of surgery, whether it be inpatient or outpatient, there are usually several concerns such as: will they use enough anesthesia so I don’t wake up during surgery, will the procedure go smoothly, what will the recovery be like, etc. I do not know anyone whose worry list includes zombies while going in for a procedure, but now, thanks to Belgian filmmaker Lars Damoiseaux’s Yummy, that worry is now near the top of my list.

Yummy starts simply enough: Michael is taking his girlfriend Allison and her mother to a clinic for elective surgeries. His girlfriend is getting a breast reduction, which of course, leaves many openings for inappropriate and raunchy jokes. While both Michael and Allison are nervous, Michael’s nerves get the better of him and he interrupts her surgery before it can begin. And then the zombies enter the picture.

What happens next is the basic storyline you’d expect from a zombie film: there is a lot of running around, the characters are trying to understand what is going on, and then there is the planning to escape. However, just because the plot is not unique, do not make the mistake of thinking that this is just another zombie movie because it’s not. This is a must-see zombie film for anyone who likes zombie films.

The use of the clinic as a setting plays a part in the characters’ actions and reactions which is highly entertaining; the characters, though not the most interesting, make for good people-watching as we see how they interact with each other and react to the zombies surrounding them. 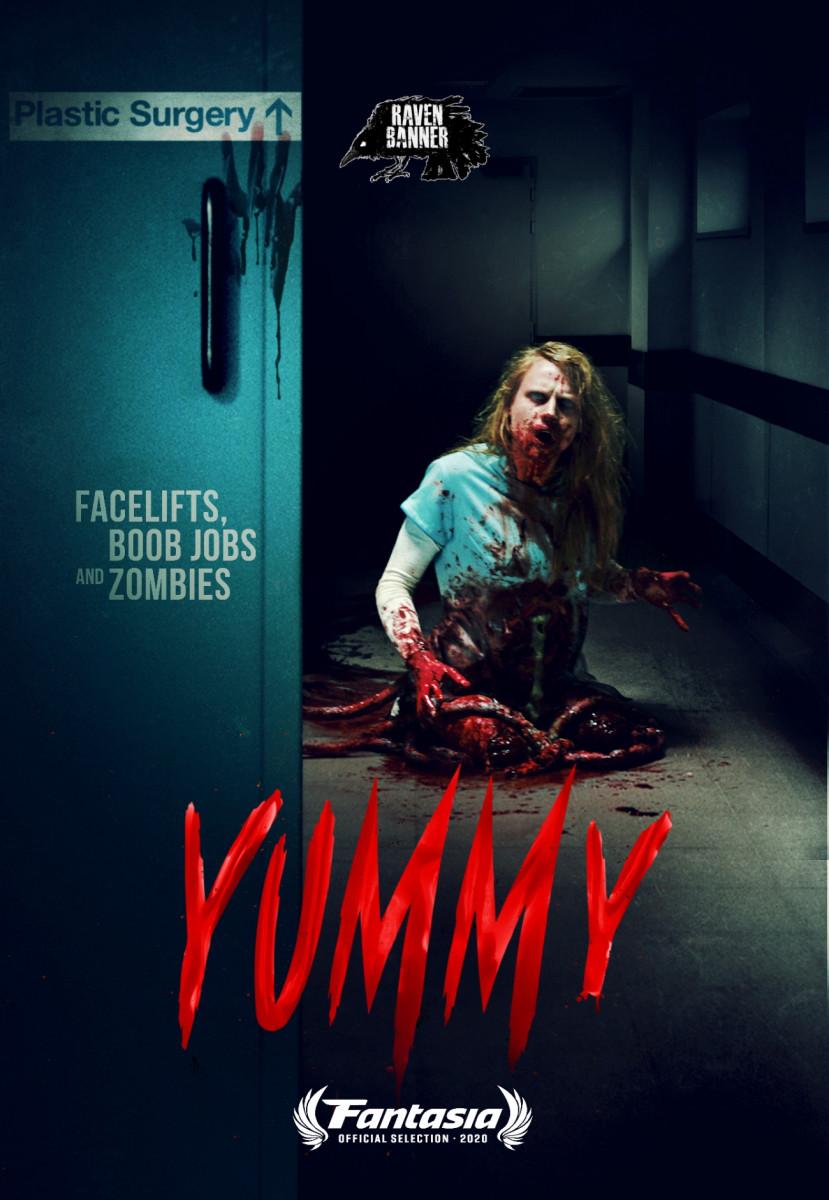 If you were unable to watch this one during the 24th annual Fantasia Film Festival, I highly recommend you look in to how to purchase a copy to add to your next movie night. I am definitely going to search for this one and put it on my shelf right next to Evil Dead and Shaun of the Dead, where this little treat belongs.

Yummy is now available on Shudder!

Writer, bookworm, geek in too many fandoms to name, Indianapolis Colts and Chicago White Sox fan.
LOVE IN THE MUD (泥だらけの純情) Review: A love that arises from a stab, can only end in the mud Fantasia XXIV Review: In CLIMATE OF THE HUNTER, No Hunter In Sight To Put You Out Of Your Misery