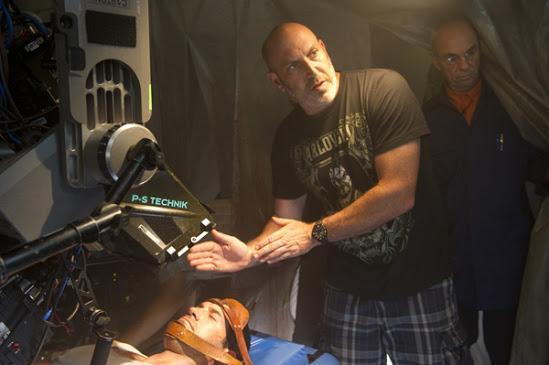 If there was ever a director who has proven the ability to reach down the throats of cult fans with sheer cinematic veracity, it would be none other than John Hyams who, in the wake of films like Dragon Eyes and with his father Peter Hyams at the helm for Enemies Closer, garnered much fan fervor for reviving the Universal Soldier franchise in brutal and fantastic fashion. As of late and now with Fantastic Fest in full bloom, the word now is that Nicholas Winding Refn is currently in charge of a remake of the 1988 cult classic, Maniac Cop, for which the younger Hyams is now tapped to direct from a script by Ed Brubaker.

William Lustig directed the first film with actor Bruce Campbell in the role of a cop framed for the death of his wife and forced to unfold a police cover-up conspiracy involving a near-invincible killer in uniform leaving nothing but a trail of blood and bodies. The title role was initially etched in film history by actor Robert Z’Dar who sadly passed away back in March at the age of 64.

Lustig directed two more films years before other filmmakers attempted to revive the genre-favorite franchise, but now it looks as if the action horror genre is about to make its biggest comeback yet with John Hyams in the chair, and considering all he’s accomplished, this remake is in good hands!

THE ASSASSIN Cuts Close In The New Trailer For Its U.S. Release! Cinemax Hit Series, BANSHEE, Gets A Sizzling New Teaser!