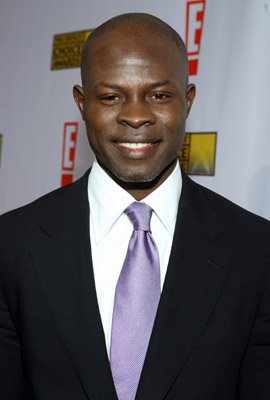 Variety reports that actor Djimon Honsou will be starring in Fast And Furious 7. The word comes with simultaneous reports via First Showing that actor Kurt Russell would no longer appear in the film, and instead might be appearing in the next installment of the now-third trilogy of the Fast And Furious franchise.

Honsou‘s casting announcement could be in direct-relation to earlier details interpreted by First Showing regarding Universal Pictures’ said casting for a villain to appear in Fast 7, who would be an even worse villain in Fast 8. Current details on the villain for the seventh installment include the casting of actor Jason Statham continuing his role as the brother of the villain in the Justin Lin-directed Furious 6.
Fast And Furious 7 has entered its first week of filming with set photos and blurbs from the cast and crew now available on its Twitter account. The film will also star include cast members Vin Diesel, Paul Walker, Tyrese Gibson, Tony Jaa, Nathalie Emmanuel and Deepika Padukone, with further casting announcements presumably to be made.
Honsou is currently tapped for a role in direcror James Gunn’s fourthcoming August 1, 2014 release, Marvel’s Guardians Of The Galaxy. He will also be featured in a voice-over role for the June 20, 2014 CG feature, How To Train Your Dragon 2, and in the as-yet-to-be-scheduled release of Sergey Bodrov’s fantasy swordplay thriller, Seventh Son.
Universal Pictures will release Fast And Furious 7 on July 11, 2014.

[UPDATED] SPL 2 Gets Its Director It's Mind Over Basketball In The New Sci-Fi Sports Thriller, AMAZING