Filipino-In-Action Presents: AMY VS. VIC… And His 'Magical Hat'? 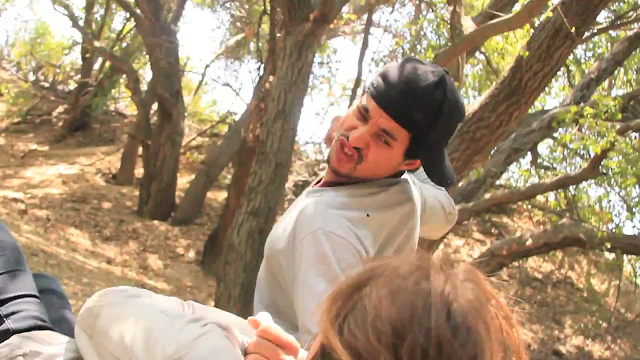 Action actor and three-year stunt professional Vic Winters Junco has a pretty good foothold of just how strong stuntwoman and actress Amy Sturdivant is. He’s the guy in the aforementioned hat getting tackled at the top of their latest test fight sketch courtesy of independent filmmaker, fellow stuntman and choreographer Bryan Sloyer, who has been pretty steady this year so far with a good handful of test fights on his YouTube channel.

The action is great eye candy as always, but you might be wondering just why it is the video has the title it has. And yes, it does pertain to Junco‘s hat, as it was a point of laughter for everyone on the scene, and you may easily miss the hilarity of it if you think too long about it. Sloyer pointed it out to me this afternoon, and even as I finished off this draft, it still drew a mild chuckle just thinking about it.
I say no more, lest I give it away. So check it out below, and if you love action as much as Sloyer does, be kind. Subscribe.

LBP Stunts Chicago Presents: KARATE BOYS Vs. THE WORLD BAMCinématek Presents – ALL HAIL THE KING: The Films Of King Hu This Summer!