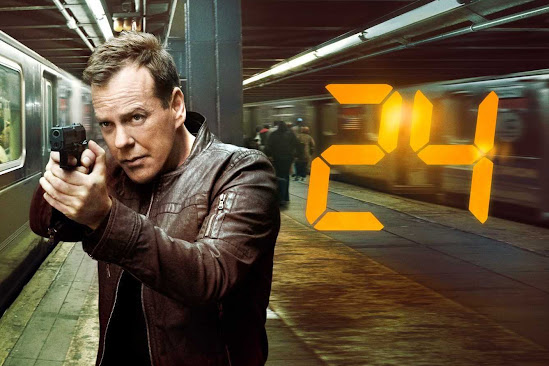 Plans have been up in the air for a while now with regard to the future of Fox’s long-running series, 24, particularly with the notion that principle actor Kiefer Sutherland might not be returning to the scene as counterterrorism agent Jack Bauer. That said, this week brings news that the studio is well underway with plans to revive the show in the same limited series fashion as last year’s 24: Live Another Day, as confirmed by TVLine over the weekend.

The new show will feature a new twentysomething male lead alongside another older female agent, as well as keep the “real-time” element so familiarly known to fans of the current series. Manny Coto and Evan Katz will return to serve as writers and executive producers on the new series that may or may not see Sutherland and actress Yvonne Strahovski return as possible guest stars.
I suppose the question now is who is just as badass enough to replace Sutherland… you guys have the floor!

Amidst Rave Buyer Reviews, CBS's RUSH HOUR Gets A Showrunner BIG TROUBLE IN LITTLE CHINA Gets A Remake With Dwayne Johnson In Talks To Star