Fox Steps Up To Adapt LETHAL WEAPON For Television 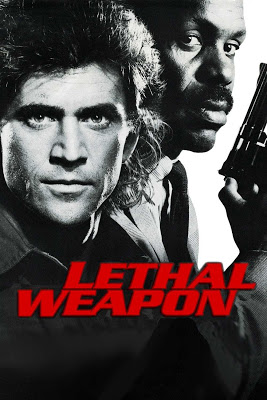 The era of reboots and remakes continues on screens big and small as there are plenty to talk about that are forthcoming or otherwise developing. This week now, we may add the long popular Lethal Weapon franchise in the mix with Fox committing to a pilot according to a new report at THR.
This is actually strange considering I last expected it would go to the big screen. Actor Chris Hemsworth’s name circulated once last year for a brewing film reboot under the working title, Lionhunters, with news of a reboot dating back as far as 2008 at the behest of franchise producer Joel Silver. Shane Black was tasked to provide script treatment by Shane Black followed by a retouching with Gangster Squad screenwriter Will Beall in 2011 for Fast And Furious franchise helmer Justin Lin to direct.
Richard Donner helmed all four films between 1987 and 1998 in which actors Mel Gibson and Danny Glover played two dissenting cops from different precincts who ultimately forge a budding partnership and friendship through bullets, blood, bare-fisted knuckle brawls, high-speed car chases and assortment of explosive cop heroics. The franchise drew in well over $800 million dollars at the box office.
I’m not too sure yet about how to feel about this particular move for a franchise. I’m not too keen on shows since I love a good feature film that keeps my attention. And as for it being a small screen remake, I can imagine it’ll be hard to keep the same tone of the films for what local televsion broadcasting demands. Let’s see where this goes.