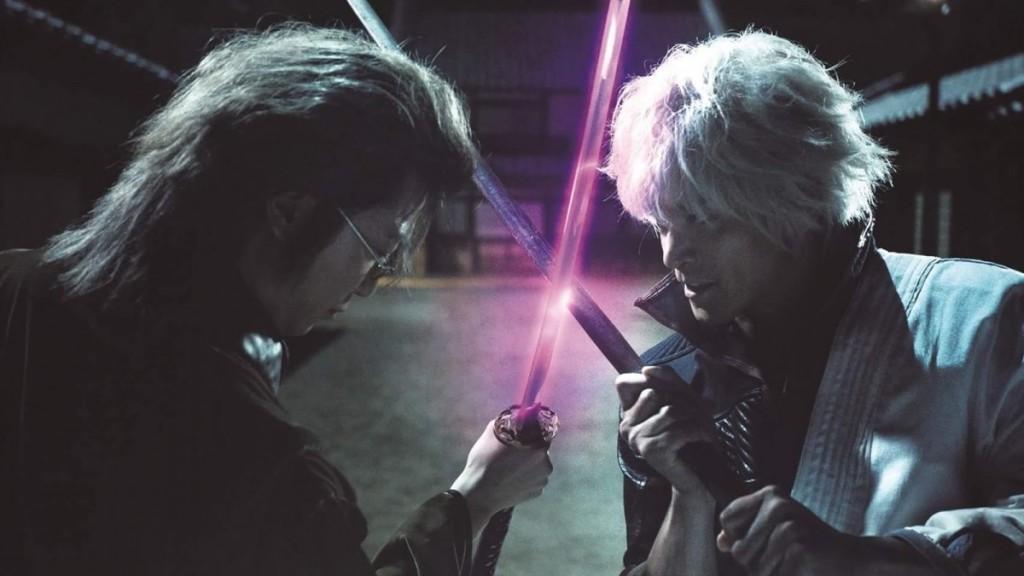 Japan had an amazing run at the box office this year with manga adaptations, especially in the summer with Fukuda Yuichi’s live-action adaptation of Hideaki Sorachi’s long running manga, Gintama from Warner Bros. Japan. I don’t know what the buzz is on a critical scale but the film reportedly earned an impressive 3.84 billion yen which clearly paves the way for some good prospects to come.

…And come, they did, with word via Crunchyroll by way of Comic Natalie that a sequel is now being slated for the Summer of 2018, according to an announcement made by the director himself at the UDX theater in Tokyo alongside the initial film’s star, Oguri Shun whose return to the role hadn’t yet been confirmed; The announcement was made in parallel to the promotion of the Japanese DVD and Blu-Ray.
I’m a little surprised since Summer is only about seven or eight months away and it usually takes a film bolstering with special effects months to polish before releasing, so this is kind of weird. But then again I’m a noob, so whatever. At any rate, I’m already sold on the possible notion of what a sequel could mean. The anime is currently in progress and awaiting the completion of the final arc, Silver Soul, to air possibly next year as well after recently finishing the Slip Arc, and that arc was some crazy shit in my opinion.

Gintama opened in July in Japan and had its day at Fantasia Festival in Montreal as well, taken from the popular pages of Hideaki’s 2003 manga and its subsequent anime series – centered on three hapless oddjobbers led by a lazy, inept, disaffected samurai in a time when swords are banned amid the occupation of aliens in Edo period Japan. From this, Fukuda’s film takes to task the live-action telling of the Benizakura Arc in which our beloved trio – Gintoki and friends Shinpachi (Suda Masaki) and alien exile Kagura (Hashimoto Kanna), investigate the mysterious path of blood being left at the hands of a killer consumed by a biomechanical sword.
The film also extended its treatment to a dTV series that explored the Mitsuba Arc also led by Oguri along with actress Kitano Kie, and the reprisals of Yagira Yuya, Nakamura Kankuro and Yoshizawa Ryo as the Shinsengumi.
In recent weeks I spoke to someone who works for Well Go USA and was told that fans in North America can expect Gintama to arrive sometime in the Spring on DVD and Blu-Ray. It could be in late January or maybe in February but we’ll be happy to keep you posted. Until then, I kind of hope the Yoshiwara Arc will be the next, but my guess is as good as anyone else’s at this point. Stay tuned!

VALENTINE: Don’t Miss The Latest Trailer For The Indonesian Superhero Flick Now Out In Theaters A GHOST DOG Sequel Is Already In Development; Whitaker And Jarmusch Reportedly Involved