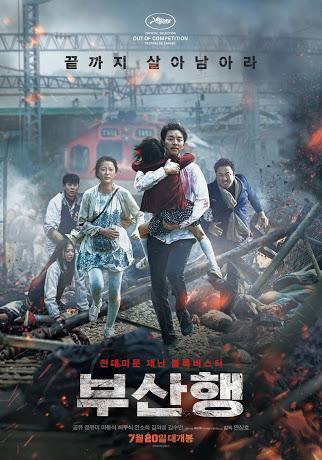 Straight from the festivities at Cannes and with prospects awaiting its releases in multiple territories, director Yeon Sang-Ho’s newest venture, Train To Busan (the follow-up to his 2015 animated feature, Seoul Station) is getting a July 20 release in Korean cinemas. Last month’s first teaser was pretty short but very sweet with a glimpse into the chaos-ridden environment offset by a viral zombie outbreak, but now we have a full-on trailer that immerses you further into mankind’s contained battle on the undead.
SYNOPSIS:

A mysterious viral outbreak pushes Korea into a state of emergency!

Those on an express train to Busan, a city that has successfully fended off the viral outbreak, must fight for their own survival…

The struggle to survive by those who have others to protect!

Get on board to stay alive!

JAILBREAKING AND TRAILBLAZING: An Interview With Producer Loy Te JACK REACHER: NEVER GO BACK Brings More Than 90 Seconds Of Pain In The New Trailer