Go Beyond The Wall In The First Teaser For THE DIVERGENT SERIES: ALLEGIANT 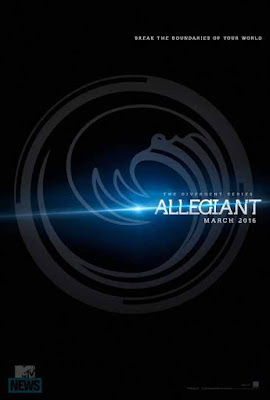 Director Robert Schwentke‘s latest contributions to the Divergent film franchise are now coming to a fold. Allegant reunites actress Shailene Woodley and actor Theo James and thebrest of the ensemble cast along with Daniel Dae Kim, Octavia Spencer and Jeff Bridges in this, the first of a now two-part finale between next year and thereafter with the 2017 finale, Ascendant. Thus, following MTV’s most recent artwork reveal is the first teaser for Allegiant which you can check out below!

After the earth-shattering revelations of INSURGENT, Tris must escape with Four and go beyond the wall enclosing Chicago. For the first time ever, they will leave the only city and family they have ever known in order to find a peaceful solution for their embroiled city. Once outside, old discoveries are quickly rendered meaningless with the revelation of shocking new truths. Tris and Four must quickly decide who they can trust as a ruthless battle ignites beyond the walls of Chicago which threatens all of humanity. In order to survive, Tris will be forced to make impossible choices about courage, allegiance, sacrifice and love.

CREED Is More Than A Name In The Brand New Trailer! Jon Favreau's THE JUNGLE BOOK Looks Absolutely Epic In The First Trailer!