Gravitas Ventures To Release Crime Thriller, ACTS OF DESPERATION, Next Week On VOD

Gravitas Ventures is proudly lending an audience to director Richard Friedman’s latest crime pic, Acts Of Desperation, several years in the making since its Kickstarter run. Celebrated actor Paul Sorvino (Goodfellas, Nixon) leads a cast that features Jason Gedrick (Backdraft, “Bosch”) and Kira Reed Lorsch (“The Bay”), and with a script by Nathan Illsley for its March 12 VoD release.

Acts of Desperation is an intensely unique and unpredictable thriller that sees the lives of a desperate cop, his distraught wife, a bank robber, an obsessed woman, and two criminals intertwine.

A desperate cop on the edge is obsessed over the fact that his beautiful but frantic wife is having an affair. At the same time, he tracks a desperately shrewd bank robber who is falling in love with a desperately obsessed woman whose life he just saved from suicide. As if that’s not enough, he is also being blackmailed by two desperately unhinged street criminals who will stop at nothing to get their money. Time is running out for all of them as their worlds collide. 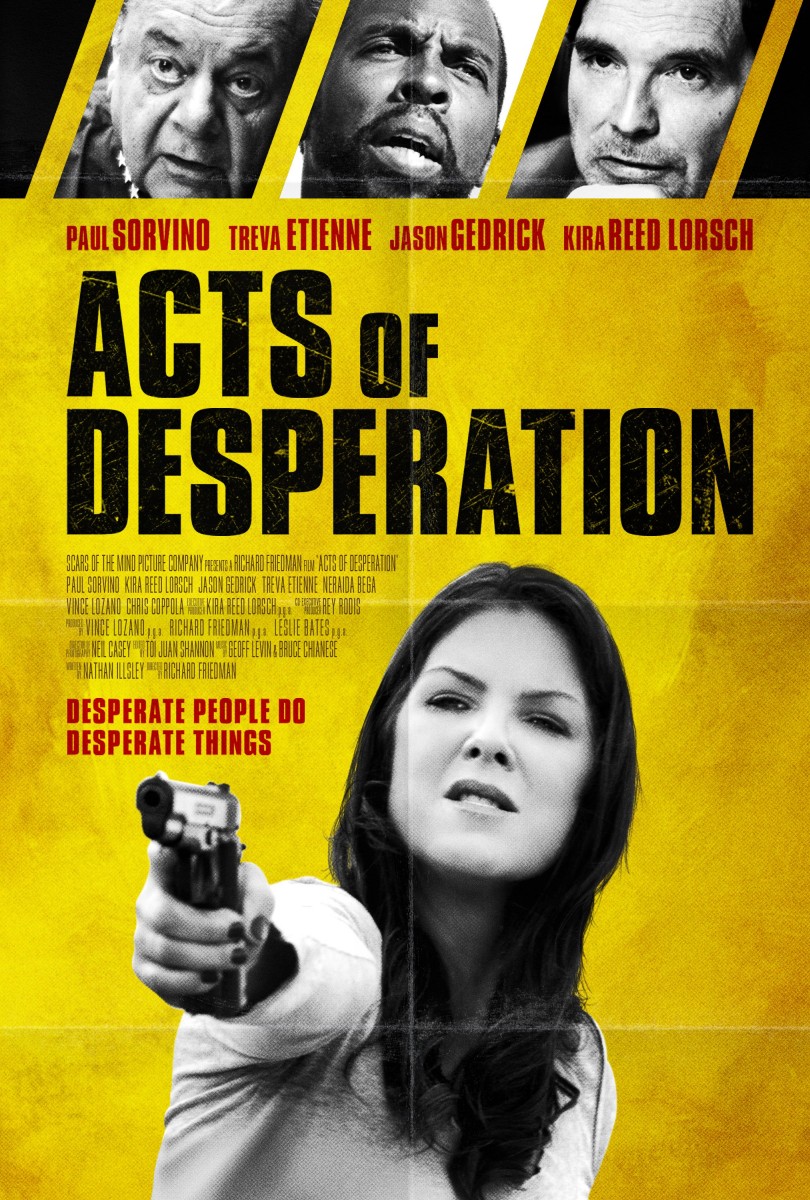