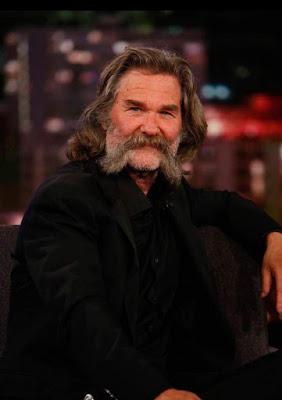 The week is looking mighty for actor Kurt Russell whose latest film, The Hateful Eight, just had its star-studded New York premiere on Monday. The film is bound for the widest 70mm roadshow release in history for two weeks beginning on Christmas Day, leaving 2015 off with a significant milestone following his recent acclaim in S. Craig Zahler’s horror western, Bone Tomahawk, and the billion dollar success of James Wan’s Furious Seven in April.
Time will tell what happens after this while the actor preps for roles in upcoming films like Peter Berg’s Deepwater Horizon, and, God willing, a possible entry into the Marvel world in James Gunn’s Guardians Of The Galaxy: Vol. 2. Yes, The Wrap currently has it on good terms that Russell is being eyed to play the role of the father of actor Chris Pratt’s character, Peter Quill – a.k.a. Star Lord. Comic book aficionados can gather as much as to just what this could mean for the upcoming Phase three sequel while we await further confirmation that Russell actually signs something that makes things official.
Guardians Of The Galaxy: Vol. 2 will rejoin Pratt with the principle actors from the first, along with Old Boy co-star and newcome actress Pom Klementieff. The film begins shooting early next year for a May 5, 2017 release.
Click here for more information on how and where to get early roadshow tickets for The Hateful Eight ahead of its wide digital release on New Years Day.

CROUCHING TIGER, HIDDEN DRAGON: SWORD OF DESTINY Gets An International Trailer Sakaguchi Tak Is Faster Than A Speeding Bullet In The First Teaser For RE:BORN