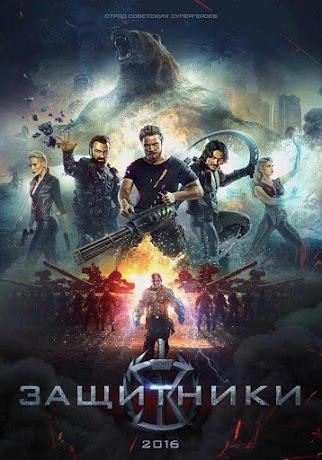 Russian superhero movie fanfare is abound with the time it has taken for Mafia: Survival Game helmer Saric Andreasyan to unleash the fury of his latest feat, Guardians. Boasting four uniquely gifted individuals with enhanced DNA as per Andrei Gavrilov’s script, Andreasyan stepped things up a notch with a promo that leaked out during events at the European Film Market in Berlin as sales went underway, and to plenty of avail with a clip that surely landed on radar for fans and superhero geeks internet-wide.
That said and after all said and done, it’s high time to show the people what the hype is all about, and the production has done so accordingly with the first full trailer that introduces us to our heroes in their respective elements – Khan (Sanzhar Madiyev), a martial artist and windbender with enhanced speed and strength and sharp weaponry, Ler (Sebastian Sisak-Grigoryan), a multi-kinetic Earthbender who can manipulate rock and land to seismic capacity on command, Xenia (Alina Lanina), an aquawoman who can freely traverse through any level of water or any vacuum without oxygen, and Arsus (Anton Pampushny),  a shapeshifting Werebear with a temper as mean as his swing – and all set against a plot that reads as follows.
SYNOPSIS:

Set during the Cold War, a secret organization named “Patriot” gathered a group of Russian superheroes, altering and augmenting the DNA of four individuals, in order to defend the homeland from supernatural threats.

The group includes representatives of the different nationalities of the Soviet Union, which each one of them have long been hiding their true identity. In hard times, they settled down to business and gather to defend their homeland.

February 23, 2017 is the date for moviegoers overseas with a likely IMAX release as well, and with a sequel already in the works with China-based Turbo Films on board as co-producers, and while time will tell when audiences beyond will be able to catch it themselves, it’s safe to say the interest is definitely there. Watch the trailer and check out the character posters below!

Marvel's THE DEFENDERS Gets Doug Petrie And Marco Ramirez To Direct For Netflix RoboCop Retrospective, ROBODOC, Is Coming In 2017