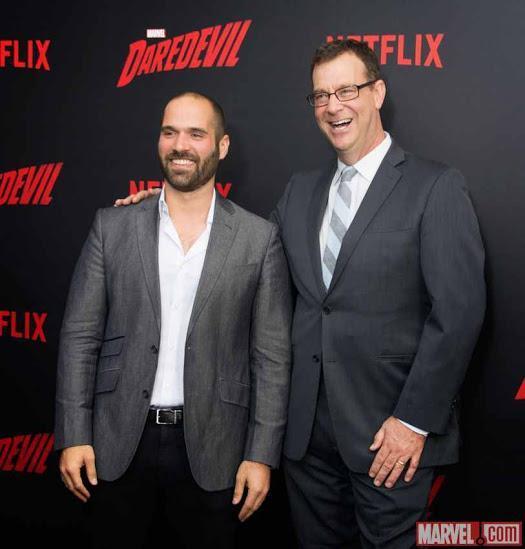 We’re a little over than five months away from the Netflix series premiere of Marvel’s Luke Cage which is now in post production, and with a little while longer to go until we hear from the second season of Jessica Jones and actor Finn Jones’s Marvel debut as Iron Fist. Keep this in mind as the subscription video service recently launched its second exclusive season of Daredevil, and with great success and fervor from fans who have already drawn attention to other series prospects such as a Punisher or an Elektra series.
Either one of those shows may get thrown in the mix – or both – and we don’t even know yet. However, what still remains is the forthcoming series, The Defenders, which culminates all four shows since Marvel and Netflix propelled the comic book fanbase into a world-building affair full of intrigue, with each program identifiable from the other with Charlie Cox kicking off Daredevil in its first season last year. Thus, with each passing day we now grow closer to the series’s existence, and so while executive producer and showrunner Scott Buck gets the ball rolling for Iron Fist, Marvel is taking the next step in bringing Doug Petrie and Marco Ramirez to handle things for The Defenders when its time to get out heroes together to defend the world.

Another alum from “Marvel’s Daredevil,” Oscar-nominee Drew Goddard (“The Martian,” “Lost,” “Alias”), will also join the team as an Executive Producer.

The Executive Producers and showrunners of “Marvel’s Daredevil” Season 2 will unite the Man Without Fear with Jessica Jones, Luke Cage, and Iron Fist for the mini-series event bringing our heroes together to face their biggest threat yet.

“Doug and Marco captivated our members around the world with their continuation of the story of Matt Murdock in ‘Marvel’s Daredevil,’ and we can’t wait to see how they and Drew will introduce the full Defenders team to our global audience,” said Cindy Holland, Netflix Vice President of Original Content.

“We’re incredibly excited to be able to bring our four street level heroes together in an epic tale woven by Doug and Marco whose work on ‘Marvel’s Daredevil’ speaks for itself,” said Executive Producer/Head of Marvel Television, Jeph Loeb. “They write and produce not only great action and adventure, but also the heart and touch of humor that’s makes us Marvel. With the inclusion of Drew Goddard, we’ve got a team that’s as formidable as the Defenders themselves.”

“This is the big one. Four amazing casts, four amazing series, now all in one amazing story,” said showrunners and Executive Producers Douglas Petrie and Marco Ramirez. “We are thrilled at the opportunity to deliver the show that both we and the fans have been waiting for.”

Douglas Petrie, Marco Ramirez, Drew Goddard, and Jeph Loeb will serve as Executive Producers on “Marvel’s The Defenders.” The series is produced by Marvel Television in association with ABC Studios for Netflix.