Guy Roger Duvert’s 2047: VIRTUAL REVOLUTION Shoots It Up With Stupendous Sci-Fi Thrills In The Official Trailer 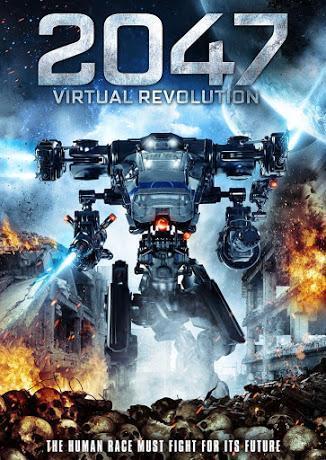 Drab future noir scenery, mechas, explosive gun battles, swordfights and kickass action. That’s what awaits in the latest feature debut from known composer Guy-Roger Duvert, 2047: Virtual Revolution. Actor and stuntman Mike Dopud  (Skin Trade) stars in this one from Duvert’s script which leaves one wondering why the man didn’t include some goddamn dragons just for kicks. I’d wholly welcome seeing as how this film has been received in a multitude of festivals since last year.

The year is 2047. Most of the world’s population live inside corporate-controlled virtual worlds and drift further out of touch with reality. Nash, a private investigator/ mercenary is hired to track down a group of hackers who are disrupting and terrorizing the virtual space in a bid to free human beings from their online prisons.

Okay. Admittedly some of the shots in this week’s trailer footage might have you wondering just what the hell kind of movie this is. Regardless, I’m willing to throw some money at it when Wild Eye Releasing launches the DVD on January 16 in the U.S..

JoBlo showcased the official trailer and poster a few days ago, so peep it!