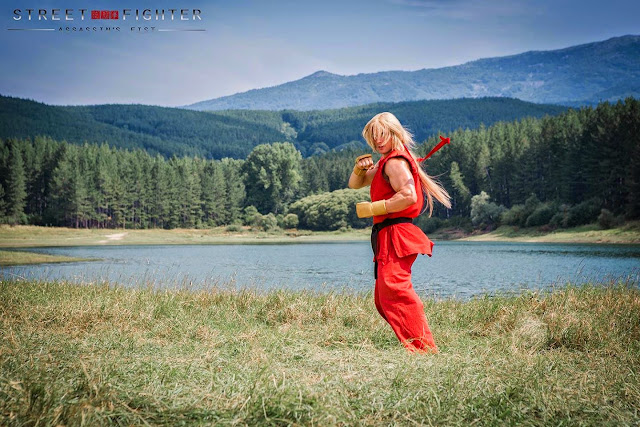 Believe it or not, we could very well be days away from the forthcoming online release of director Joey Ansah‘s passioned contribution to Capcom’s famed Street Fighter franchise with the series, Street Fighter: Assassin’s Fist. After all, we have been hinted at an April release, so I am sure Ansah and the folks over at Machinima would not go so far as to push the date back at the last minute for any reason. So, indeed, the series is coming.

In the meantime, we are now being offered the third in the latest slate of Q and A videos by the series actors and creators, with actor, series co-writer/ creator and action choreographer Christian Howard who stars as Ken Masters in the new series. In the video, Howard intricately answers a long range of questions regarding his training and his love for the original game, as well as the challenges of funding and filming the series, the hopeful addition of Howard’s fellow Green Street 3 cast member, martial arts action hero Scott Adkins on which Ansah also spoke a little over a year ago, and much more, plus several questions (including mine around after the 23:00 minute mark) about his likeness as one of the principle characters and how it has affected him as a major contributory factor to the series coming to life.
The segment also includes some truly hilarious bits as Howard answers other questions thereafter, in addition to some Q and A bloopers, and clearly he had a major blast doing this Q and A which runs in total of up to about thirty-six minutes. So if you have a day or an afternoon off, spend your time watching this, and lookout for an upcoming full trailer and official release date announcement in the days ahead.

Watch the new video below, and case you missed last month’s first teaser for the series, click here to check it out.

Howard is also poised to appear in stunt coordinator and author Mike Fury’s upcomimg book, Life Of Action. CLICK HERE to learn more about the book and stay tuned for more information.