HEAVEN AND HELL: Catch The Teaser For The Upcoming HOOQ Series From ‘The Raid’ Producer 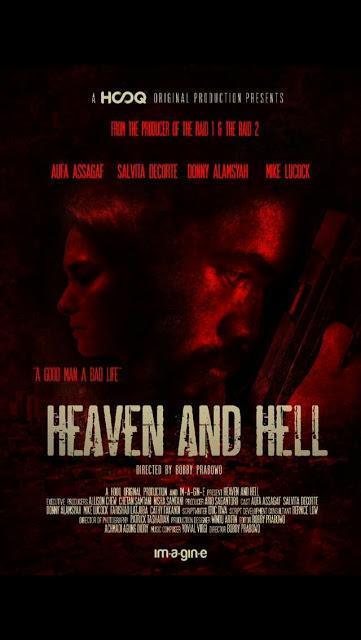 Last year proved opportune with Southeast Asian regional VOD service HOOQ’s in-house Filmmakers’ Guild hosting an annual program for aspiring creatives. For this, leave it to Ario Sagantorio, noted producer of The Raid franchise, to invest in shepherding what would ultimately land as a HOOQ finalist with director Bobby Prabowo at the helm for his latest series investment, Heaven And Hell.
Actor Aufa Assagaf headlines a cast set in a tale of a man caught in a gang war with his father’s life hanging in the balance and only one way to rise to the top of it all. Such is the narrative that joins Assagaf with Halfworlds series actress Salvita Decorte, and The Raid 2 co-stars Donny Alamsyah and Mike Lucock with a script by Eric Tiwa, and now accompanied in recent hours with a full minute teaser promo for the pilot which will air only on HOOQ at the end of next week throughout Southeast Asia.
Take a look below!