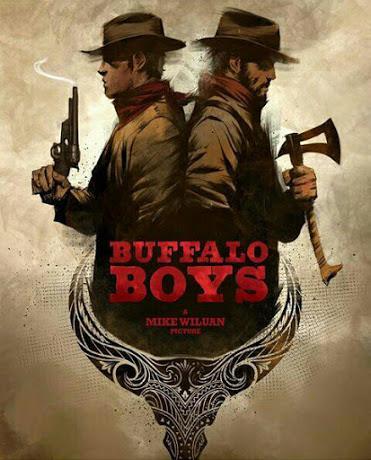 Wiluan penned the script with Raymond Lee which centers on Bayu and Sudarso in the respective roles of Jamar and Suwo, two brothers of Javanese descent who set out on a mission of vengeance for their father’s death against corrupt Dutch colonialists in the 1800s. Rounding out the cast is a shared talent pool listing actress Pevita Pearce, Headshot co-stars Sunny Pang and Zack Lee, The Raid 2 co-stars Tio Pakusadewo, Donny Alamsyah and Mike Lucock among the cast for a release later this year with a date pending.

Check out the teaser below!

HEAVEN AND HELL: Catch The Teaser For The Upcoming HOOQ Series From ‘The Raid’ Producer CORBIN NASH Unleashes His Own Demons In The Official Trailer For The New Action Horror