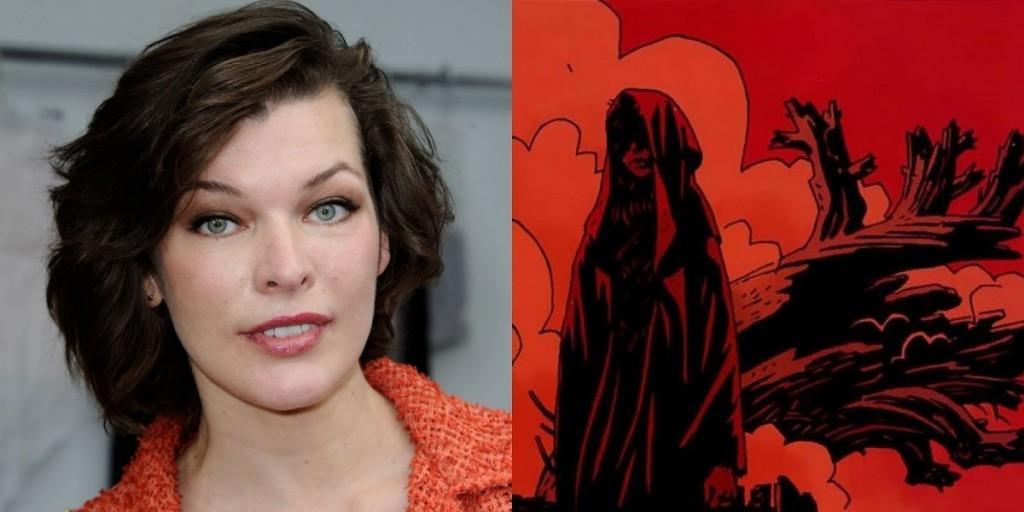 The course is still being plotted for the forthcoming reboot, Hellboy: Rise Of The Blood Queen, as announced back in May. The production has its lead actor in Stranger Things series co-star David Harbour and casting has now confirmed its title villainess in actress Milla Jovovich.
Plot details and specifics are not yet explicitly known while comic book origins detail the history of the Blood Queen with her first appearance in “The Wild Hunt”, the December 2008 publication of the Hellboy comic. Aron Coleite is adapting the screenplay from a previous draft by Andrew Cosby, Christopher Golden and Hellboy creator Mike Mignola for Neil Marshall (Centurion, The Descent) to direct.
Jovovich is no stranger to blockbuster sci-fi, action and horror with notable credits like The Fifth Element and Ultraviolet. Jovovich went on to star Constantin Films’s adaptation of Capcom zombie thriller, Resident Evil, totaling six movies which spanned fifteen years to date and earning more than $1.2 billion dollars at the box office.
Hellboy: Rise Of The Blood Queen is underway from Millenium Films and Lionsgate, rebooting the popular Dark Horse Comic IP following two live-action adaptations from director Guillermo Del Toro in 2004 and 2008 with Ron Perlman starring. Larry Gordon and Lloyd Levin and Mike Richardson producing the reboot with Marc Helwig executive producing. (Deadline)