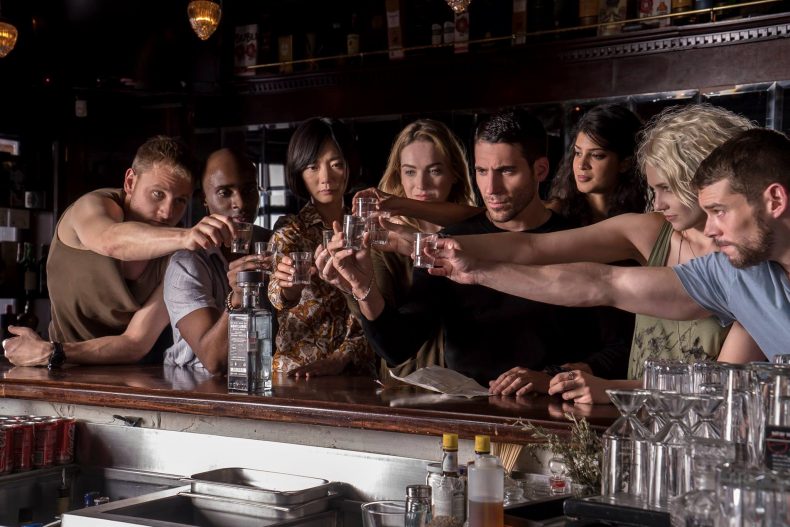 The past few years have been both exciting and enthralling, as well as harrowing and eventful with cult-acclaimed hit series, Sense8. The return of the show was announced in late June following its cancellation several weeks earlier and the subsequent backlash and protest from fans that followed, and for all the reasons for which show co-creator Lana Wachowski (The Matrix Trilogy, Cloud Atlas) now enlists in a new video out this week thanking fans around the world, in the company the show’s internationally spanned cast and crew after the Vancouver Pride Parade this past weekend.

Both seasons are live on Netflix featuring Toby Onwumere (who replaced season one actor Aml Ameen), Doona Bae, Jamie Clayton, Tina Desai, Tuppence Middleton, Max Riemelt, Miguel Ángel Silvestre and Brian J. Smith as eight people who find themselves psychically-linked and come to terms with their newfound “cluster” as they use their respective skillsets to help each other in the wake of a deadly corporate conspiracy involving other interlinked clusters. Also starring are actress Daryl Hannah, Naveen Andrews and Terence Mann and if you’re not tuned-in, now would be the best time as any to give the show you’re attention.

Sadly, it’s not getting the third season it needs and deserves, but it IS getting a two-hour special that will hopefully bring this epic, suspenseful, vibrant and action-packed saga to a rightful and culminating close. So, yeah. I’ll take what I can get. Bring it!

Watch the video below, and give the show a go this weekend.