Iko Uwais Awakens To Anarchy In The Second Teaser For HEADSHOT 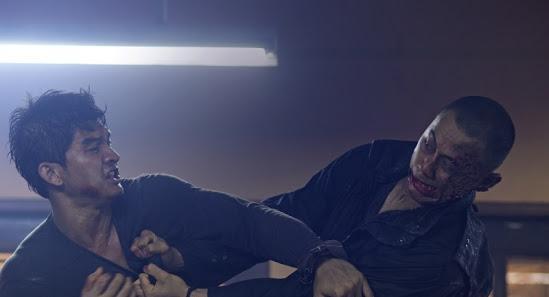 Our own Alex Chung’s TIFF review is among others at this stage delineating why the new Indonesian action thriller, Headshot, should garner our attention when it hits theaters between now and next year. Multiple territories have already been announced for the film’s release with North America gearing up for a February opening next year from Vertical Entertainment and XYZ Films, and with a full trailer still pending, a second teaser has arrived to further keep the pot boiling with action star, actor Iko Uwais championing the genre once more.

A mysterious young man jolts awake after months in a coma, nursed back to health by young student-doctor Ailin after being discovered left for dead with a gunshot wound to the head. It’s a rebirth of sorts and, realizing that the man has lost his memory and identity, Ailin renames him Ishmael. The two quickly grow closer, not realizing that behind their momentary peace lies danger. Soon their lives collide with a gang of dangerous criminals led by an enigmatic crime lord known simply as Lee. As Ishmael begins to suspect that his true identity is closely tied to these criminals, Ailin is violently kidnapped. Determined to save the woman who rescued him, Ishmael has no choice but to confront these criminals and his past.

Headshot is currently slated for screenings at Busan in South Korea ahead of Mayhem in the U.K. and Sitges in Spain. Directed by Timo Tjahjanto and Kimo Stamboel, Headshot also stars Chelsea Islan, Sunny Pang and Julie Estelle.
Watch the new teaser below!

GEARS OF WAR Is Heading To The Big Screen From Universal ONE PIECE FILM: GOLD Gets A One-Week Run In The U.S. And Canada From Funimation Films