Immerse Yourself In The First Teaser For THE BRINK! 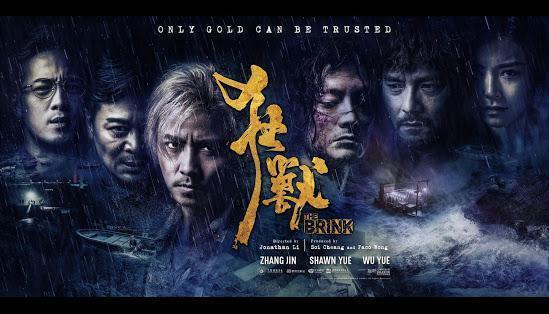 It’s been quite a minute since we last heard from anything on debut helmer Jonathan Li’s heist thriller, The Brink. Alas, nearly a year after its backing by Chinese online streaming service, iQIYI and with the fervor having made headway at HK Filmart, Bravos Pictures finally announced the film with artwork and a teaser trailer to help get things going.

The film centers on a reckless police inspector bent on bringing a major gold smuggling scheme to its end, bookended with its own infighting and greed between its ringleader and a triad boss. The film is one of several titles featuring lead actor Max Zhang who is also poised for upcoming actioner, Made In Kowloon, as well as an Ip Man spin-off that would branch his character from the first film of said franchise in which Michelle Yeoh and Dave Bautista would be joining.
The Brink also casts Yue Wu, Gordan Lam Ka-tung and Janice Man and is produced by Paco Wong and Wilson Yip. Lest you be of the Thalassophobic kind, it’s probably best you avoid the new teaser trailer below. Otherwise, check it out!