INDEPENDENCE DAY: RESURGENCE Rises Up With A New IMAX Poster

I remember going with a group to see the first Independence Day in 1996 that summer of its release. I caught a really bad leg cramp in the first act of the film – not fun. The film was pretty fun though, and for all we knew we would eventually see a sequel.
Alas, we get Independence Day: Resurgence, and it only took 20 years to finally make happen with director Roland Emmerich at the helm once more to assist a more grand and ceremonious alien invasion of Earth. The promotional campaign has been somewhat immersive with in-movie viral videos centering viewers in the narrative that sees the return of actors Bill Pullman, Jeff Goldblum and actress Vivica A. Fox accompanying Jesse Usher and Liam Hemsworth for another brewing battle to the finish.
For this, and much to the delight of moviegoers, the battle will extend on IMAX screens with its wide release on June 24, and we have a new poster to shop around as well. Check it out and get your tickets when and wherever available! 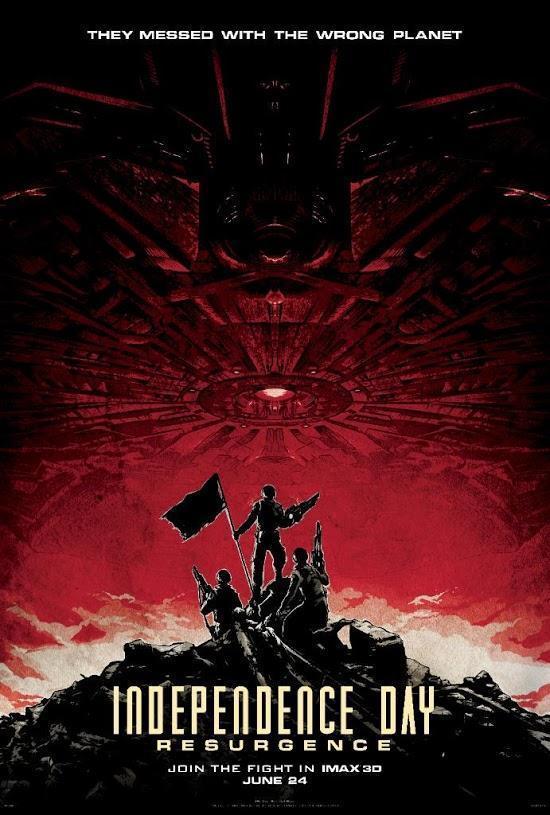